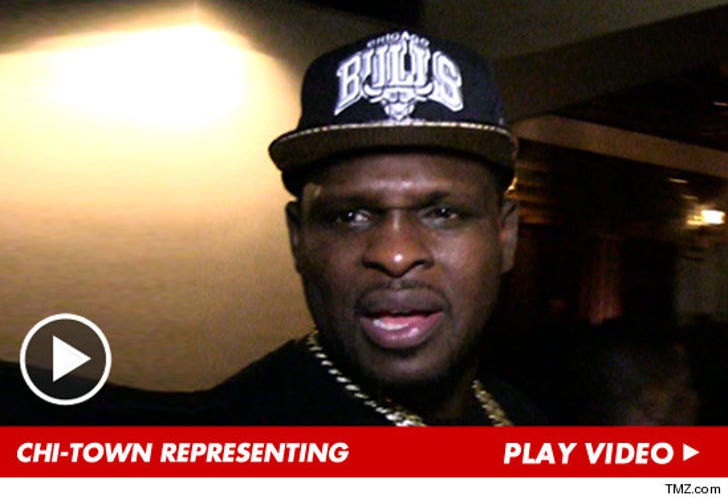 Zach Randolph has some serious 'splainin' to do ... 'cause the Memphis Grizzlies star hit up the L.A. club scene this weekend wearing a CHICAGO BULLS HAT ... and TMZ Sports has the footage.

Randolph and his crew rolled into Greystone Manor in Hollywood on Sunday night ... and even though he didn't feel like talking, he definitely made a huge statement with his choice of headgear.

Of course, San Francisco 49ers QB Colin Kaepernick took a TON of heat for a similar situation earlier this year ... when he was seen out with a Miami Dolphins hat on.

Some of his teammates -- and other players in the league -- went after Colin, saying he made a huge mistake by wearing another team's logo. Many players and fans believe it sends the wrong message about the player's loyalty.