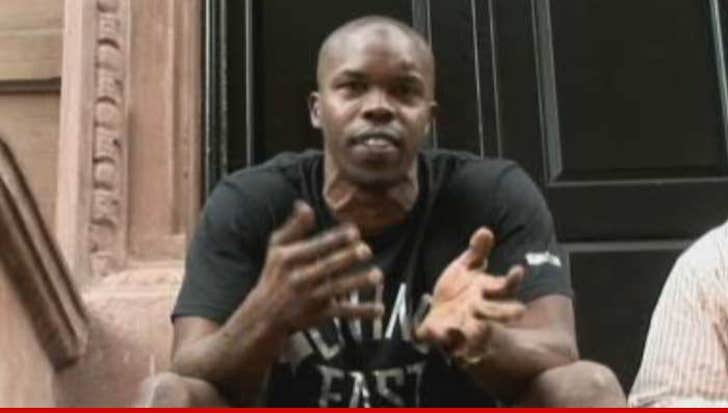 "Basketball Wives" star Eric Williams -- who spent 12 seasons in the NBA -- is on the hook for more than $24k in unpaid child support ... but his baby mama says the 41-year-old has gone M.I.A.

TMZ Sports has learned ... back in November, a Colorado judge ordered Williams to fork over a total of $24,434.45 to the mother of his 13-year-old son.

Problem is ... no one can find Williams to collect the cash -- so the baby mama has yet to collect.

We contacted to the woman's lawyer who tells us, "Efforts to locate [Williams] have been exhausting."

It seems the woman's legal team is preparing to turn up the heat if she doesn't get paid -- and could move to get Eric locked up if he doesn't pay up.

It's not the first time Williams has had child support issues -- last year a judge issued an arrest warrant for the guy after he blew off a hearing in which he was supposed to submit a DNA test to establish paternity for a different child.

We tried to contact Williams ... but, duh, couldn't find him.