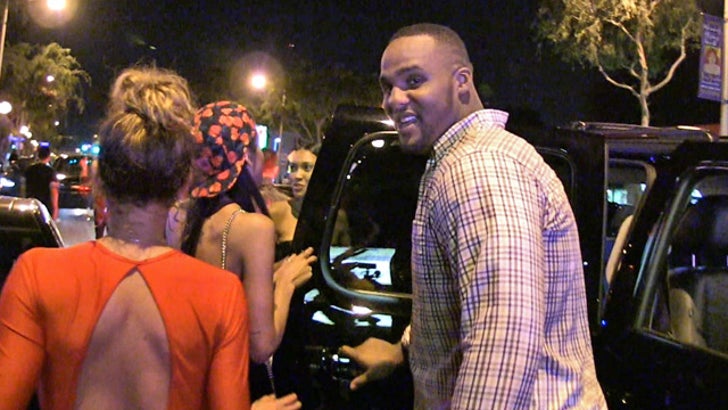 Glen "Big Baby" Davis is adjusting pretty well to life in L.A. ... crushing it on the court -- and also at the nightclubs ... and TMZ Sports has the video proof.

After they got in his waiting SUV, a bunch of other chicks flocked to Glen's ride ... like skeezer moths to a rich and famous flame.

Aside from chick wranglin', Davis also talked basketball -- telling us his L.A. Clipppers are gonna win the NBA championship.