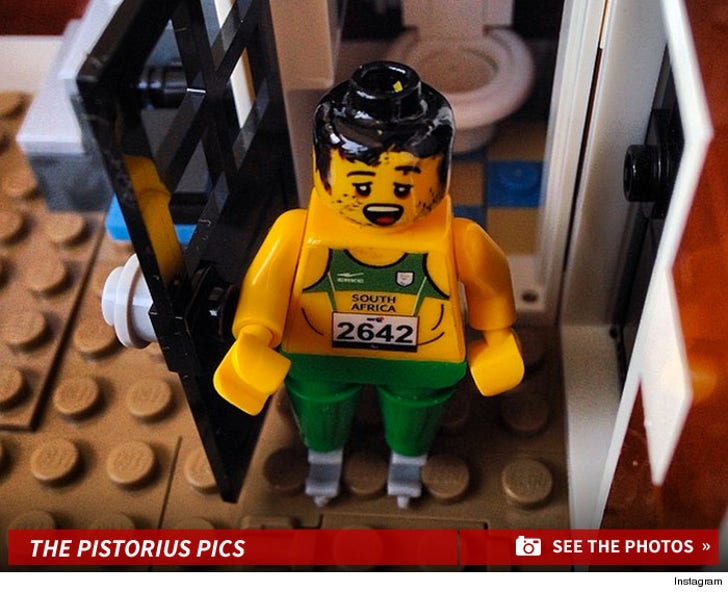 The Lego-artist who's been posting Lego recreations of the Oscar Pistorius murder trial tells TMZ Sports he's been getting DEATH THREATS from people upset with his work.

We spoke to Armando Tejada ... who says he initially decided to document the Pistorius case because, "I've been fascinated by the trial" ... plus, he had a Legos set from the 2012 Olympics, which came with a tiny Pistorius figure.

The images are NOT graphic -- they mostly chronicle Pistorius interacting with the judge and his lawyer in the South Africa courthouse where his trial is being held.

"I don't plan on posting any graphic depictions of the murder or any scene that shows the victim Reeva Steenkamp out of respect," Tejada tells us.

Still, Tejada -- who lives in Chicago -- says some people are so mad they've threatened his life.

"I've received death threats," Tejada says ... "I understand why people would be upset about it. There's a very thin line and I'm sure I've crossed it."

We're told one of threats involved shooting Tejada with a gun.

Tejada says he has not gone to police -- since the people behind the threats are based in South Africa ... and he doesn't believe he's in any real danger.