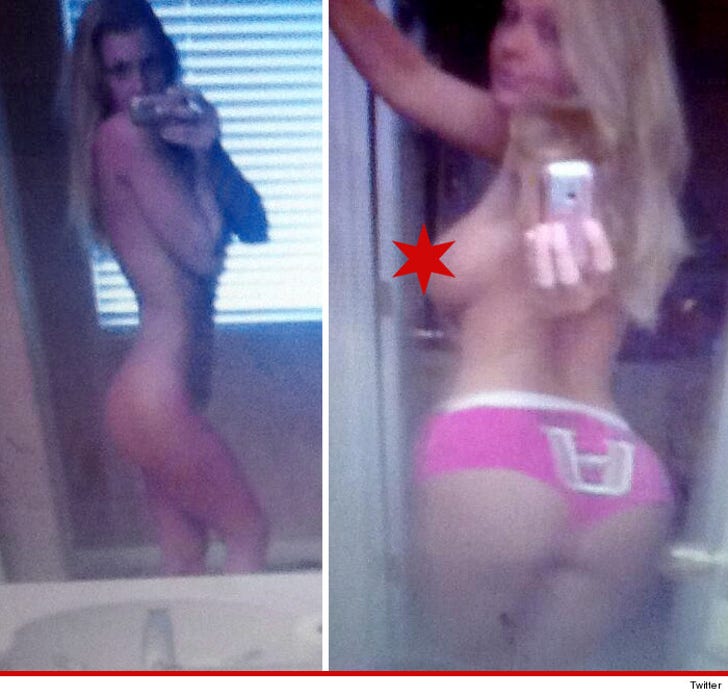 Nude pics of Terrell Owens' estranged wife have popped up on the Internet ... and she's hinting that T.O. may be responsible for leaking them.

The photos of Rachel Snider hit Twitter today showing the ex-postal worker posing for bathroom selfies ... some topless, some bottomless ... and some that look like they're straight out of Hustler.

Gotta say ... some of 'em do make ya think T.O. should try to patch things up.

Snider confirmed the pics are definitely her, but adds they were taken for T.O. ... and intended for his eyes only.

Translation: she thinks he could be connected to the the Twitter handle sending out the pics.

Rachel says she's contacted Twitter HQ to report the user behind the x-rated tweets, but so far they're still up.

T.O.'s rep hasn't responded to our calls for comment.