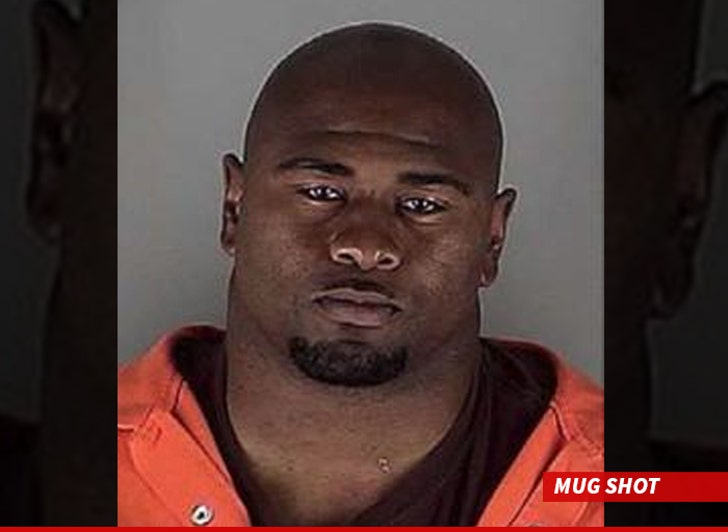 Minnesota Vikings defensive tackle Tom Johnson was TASED by cops at a Minneapolis nightclub ... BECAUSE PEPPER SPRAY DIDN'T STOP HIM ... this according a police report obtained by TMZ Sports.

Johnson was arrested early Sunday morning at Seven Steakhouse Sushi Ultralounge Skybar -- where he was allegedly causing trouble around 3AM.

According to the police report, Johnson was told to leave the building -- but refused ... so cops decided to break out the pepper spray.

He was eventually taken into custody and booked for disorderly conduct and trespassing.

Johnson's agent has told the media he was confident the Viking's player would be exonerated.