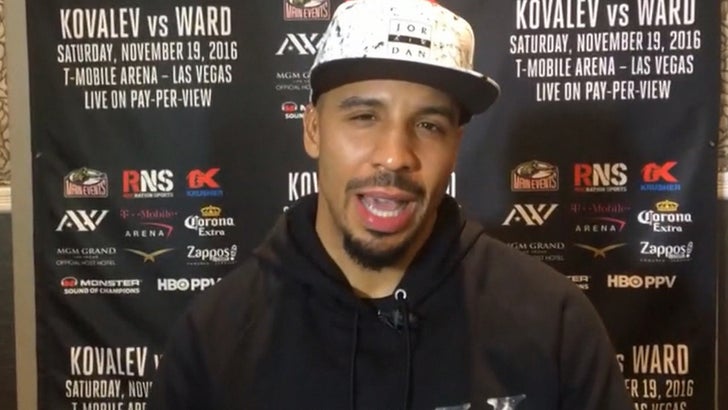 Andre Ward has a great big NOT SO FAST for anyone who thinks UFC guys can't hang with pro boxers ... saying he actually sparred with Nick and Nate Diaz, and the dudes can throw hands ... FOR REAL.

Ward's in Vegas getting ready for his PPV throwdown with Sergey Kovalev on Saturday and took a little time to talk to TMZ Sports before the two lock horns.

Of course, we asked him who he'd pick in a mega-fight between Conor and Floyd ... and while he made it clear Floyd has the edge in a boxing ring, he told us he knows FIRSTHAND how hard UFC guys can hit.

"I spar with Nick and Nate Diaz ... those boys know what they're doing, they can throw their hands."

Get this ... Ward also says he'd like to see a truce in the whole MMA vs boxing war.

We're all for that ... AFTER Conor and Floyd bash each other's faces in. 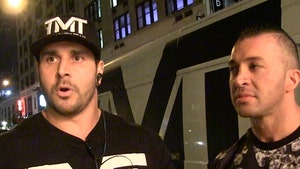