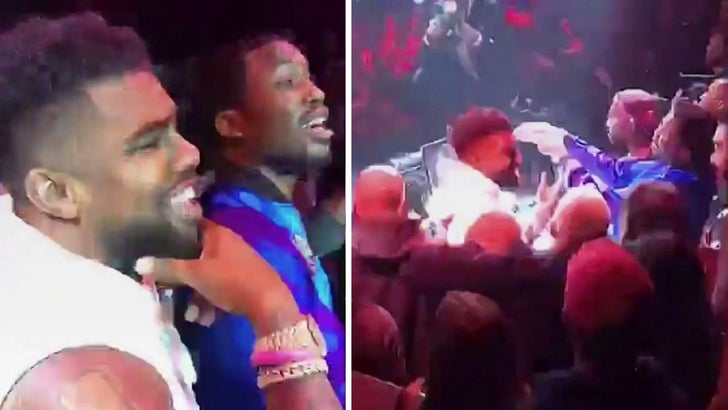 Just days after his boob-exposing incident, Ezekiel Elliott jetted out of Dallas and over to Miami ... where he partied in the clubs with Meek Mill ... who appeared bandaged up after his alleged airport fight.

Zeke joined the rapper onstage at STORY Nightclub in Miami -- where he turned up next to Meek for several songs.

Both guys are in the middle of some serious life drama at the moment ... Meek was cited for misdemeanor assault earlier this week for allegedly fighting 2 guys at the St. Louis airport.

Meek's right hand looked like it was in a heavy cast during his performance ... which makes us wonder if he suffered a hand injury during the altercation. 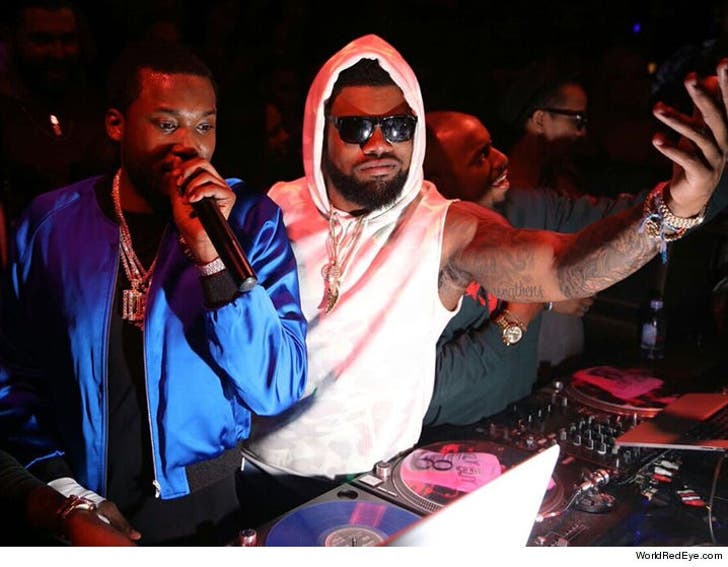 As for Zeke, he's still in hot water for pulling a woman's shirt down and exposing her breast at a St. Paddy's parade in Dallas last weekend ... but didn't look like he had a care in the world Thursday night. 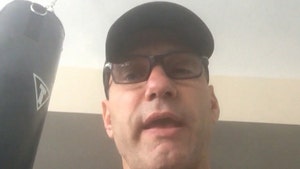 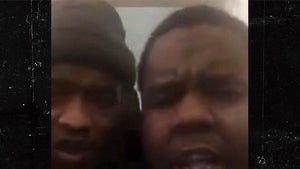