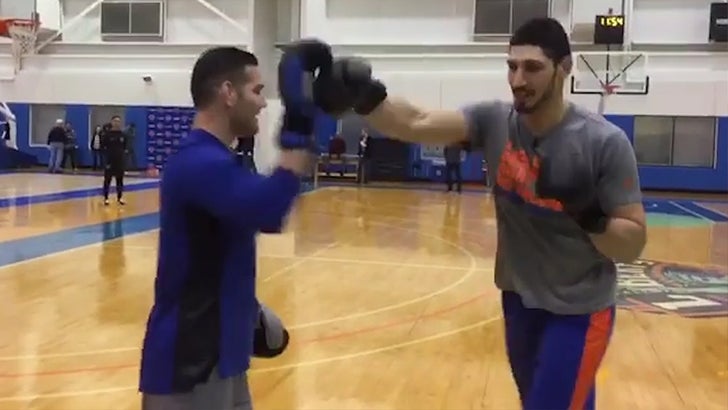 LeBron better start knucklin' up ... 'cause the baller he's been beefin' with is getting boxing lessons from a UFC superstar!!

That superstar is former middleweight champ Chris Weidman -- who came through Knicks practice on Wednesday to chill with his hometown hoops squad ... including Bron's trash-talkin' rival, Enes Kanter.

Weidman shot around with Enes -- but it looks like they had more fun strappin' on the gloves to get the Turkish big man ready for a potential throwdown with the King.

"Hey @kingjames, I've been training my guy @eneskanter11. Best think twice before messing with the Orange and Blue again," Chris tweeted at LeBron.

FYI, Kanter called LBJ a "queen" and a "princess" after they got in each other's faces in November ... and trolled him after a game last month, too.

Stipe Miocic ﻿is from Cleveland, Bron -- might be time to reach out. 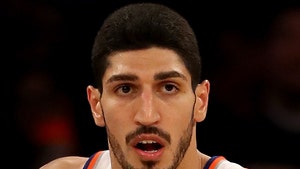