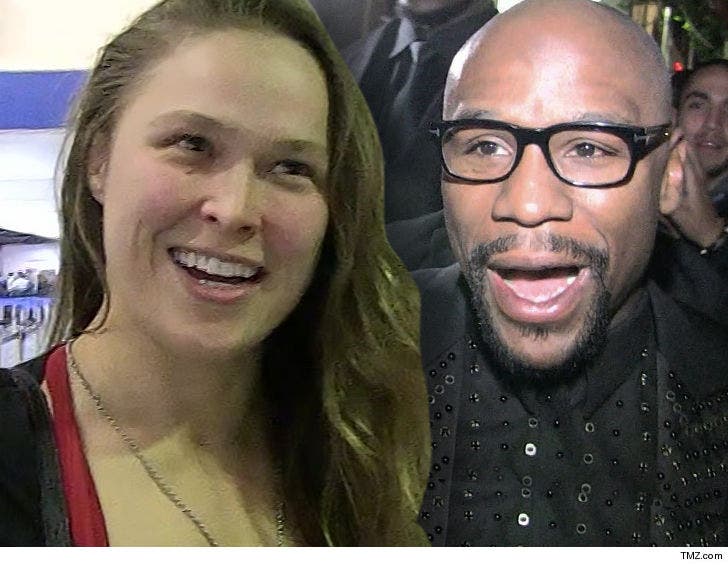 Ronda Rousey says Floyd Mayweather ﻿taking an MMA fight is NEVER gonna happen ... 'cause he'd get his ass handed to him inside the Octagon!

Ronda straight laughed off Floyd's apparent interest in fighting for the UFC on "Golic and Wingo" Tuesday ... telling them why she thinks it's "all talk."

The topic was brought up 'cause of her transition to WWE, as well as Conor McGregor's temporary move to boxing.

Ronda clearly doesn't think all career switches are created equal ... and/or still doesn't think highly of Mayweather, even though he tried to squash their beef last year.

FYI, Tyron Woodley and Floyd have told us they're about to get down with some serious training ... but other MMA stars, like Chael Sonnen, also don't see TBE making the jump.