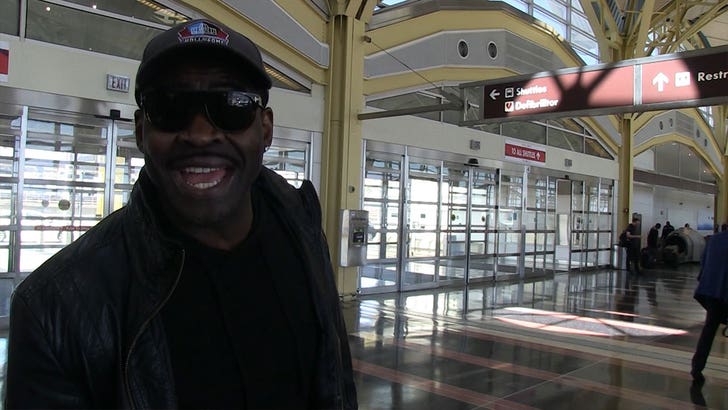 Michael Irvin says it's a damn shame some Eagles are boycotting Trump's White House ... and hopes the time-honored tradition can continue once POTUS is outta office.

"I hate that we're at that place," Irvin told TMZ Sports. "Hopefully we can get back to that, if not this President's term, maybe the next."

Remember, The Playmaker won 3 rings with the Cowboys ... so it wasn't a surprise when he told us he thinks the ceremony's a BIG deal.

That said, Mike says he realizes times have changed with #45 in the Oval Office ... so when it comes to Malcolm Jenkins, Chris Long and the other Eagles skippin' out on the visit, he ain't gonna hold it against them.