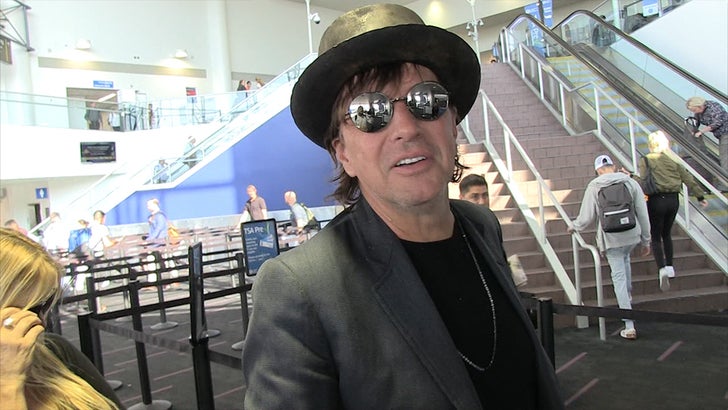 Richie Sambora is in an incredibly good mood despite some sad news in his love life -- and it might be because he's down to keep a working relationship with his now-ex.

We got the Bon Jovi guitarist Wednesday at LAX just a day after he and longtime GF Orianthi announced they were taking a break to focus on family and other endeavors. Richie echoed what he and O had already promised their loyal fan base ... we'll be back.

TMZ broke the story ... Richie and Orianthi issued a joint statement saying they were temporarily ending their 4-year relationship -- thanking fans for supporting their music act, RSO, and vowing to rekindle in the future for more tunes.

Sounds like Richie's still down for future collabs, and doesn't seem the least bit bummed out about the split. He's mum on ex-wife Heather Locklear though ... who's been dealing with her own problems of late.