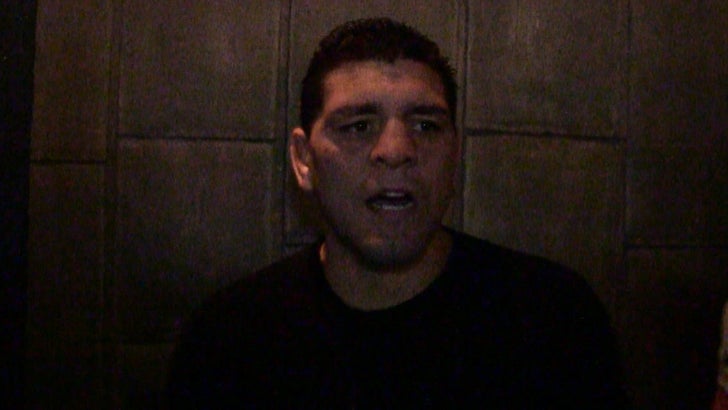 Nick Diaz with the fire takes it outside Warwick nightclub in Hollywood Wednesday night -- saying Conor McGregor and Khabib Nurmagomedov are "not that good" and he'd crush 'em both.

The older Diaz brother was out clubbin' Wednesday night when we asked if he was bitter at the USADA-imposed punishment that kept him out of fighting for years for missing drug tests.

He's eligible to fight now -- so we asked if he's planning to return to the Octagon anytime soon. Diaz replied, "I'll beat all those guys. All those motherf*ckers."

But, after the trash talk, it seemed he defended Woodley -- saying, "I don't even know why he fights those guys. They don't pay him enough money."

Which brings us to Conor vs. Khabib. 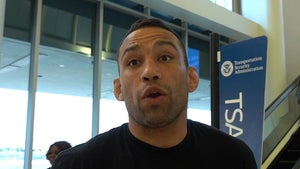 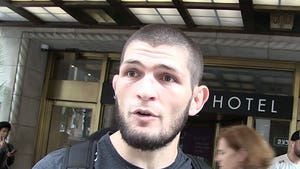