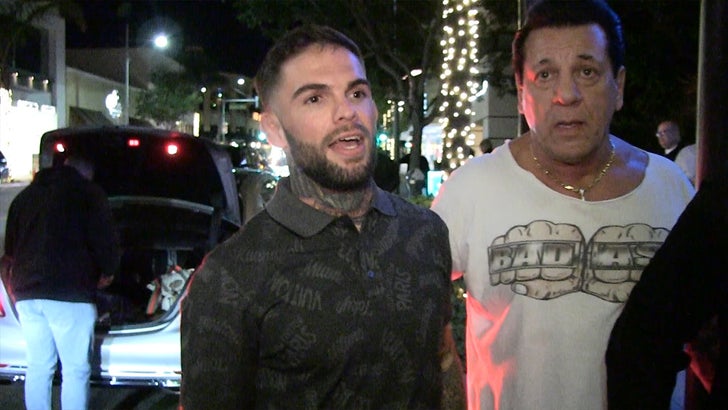 Move over Khabib, Conor and Floyd ... Cody Garbrandt wants in on the MMA-boxing crossover action -- and he's callin' out Manny Pacquiao!!!

We got Cody outside of Mastro's with Russell Peters and Chuck Zito ... talkin' everything from Mike Tyson training Khabib to Nurmagomedov's chances against Mayweather in a ring.

But, then Peters brought up a dream fight for Cody -- a boxing match with Pacquiao ... and, turns out, Garbrandt's ALL FOR IT!!!

Cody tells us it wouldn't just be a money grab ... dude says he has a legit boxing background -- and seems confident he could take Manny!

What do ya say, Pacman? 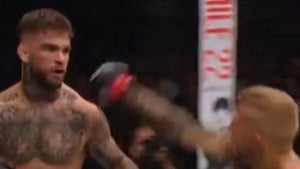