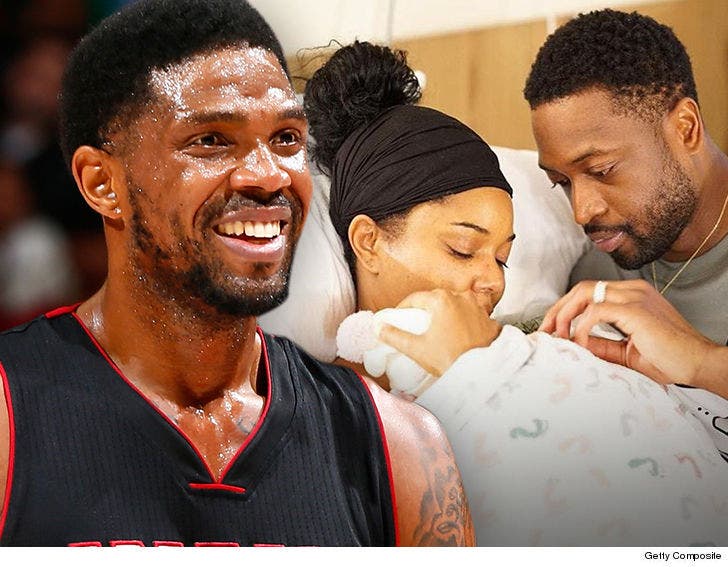 One of Dwyane Wade's Miami Heat teammates is already angling to be the godfather of the new baby -- it's Udonis Haslem ... and he's ready to kick some ass!!

As we previously reported, D-Wade and Gabrielle Union welcomed a brand new baby girl earlier this week via surrogate -- after trying to get pregnant themselves for several years.

The couple says the baby is nothing short of a "miracle" -- and they're super excited about it!

So is Haslem, who's played 15 seasons with Wade. In fact, Haslem was on the Heat when Wade was drafted back in 2003.

UH clearly thinks he's got a good shot at being named "godfather" ...

"Congratulations to my family @dwyanewade and @itsgabrielleu on the birth of their beautiful baby girl. Got my ass kicking boots on and ready to be the best godfather ever my boy!!!"

The problem for UH ... Dwyane is pretty close with LeBron James and Chris Bosh -- so he could have some competition!

"I’m sooooo happy for the both of you!!! I have seen this moment in my mind and heart a million times... She will always be cherished and loved and celebrated Just as the love that you and @DwyaneWade share!"

The Miami Heat also offered congrats to the couple -- noting, "We have something on the way for your ViceViceBaby!" 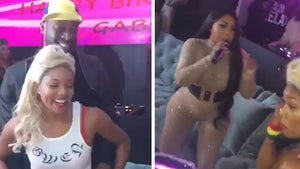