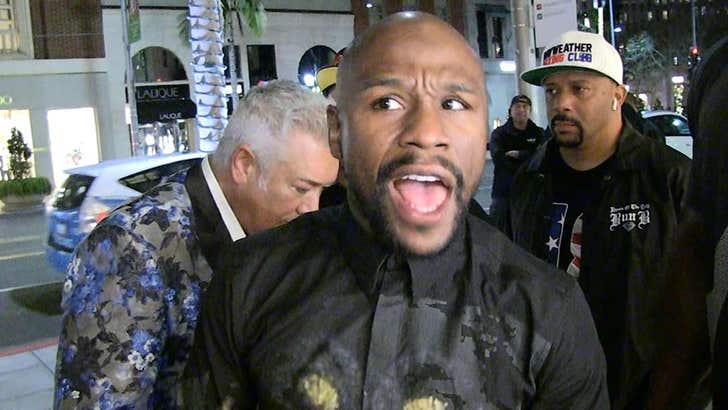 Floyd Mayweather is giving Khabib a simple choice -- we fight in the boxing ring ... or we ain't fightin' at all!

Of course, the two have been goin' back and forth since Khabib beat Conor and called out Floyd ... but Nurmagomedov's team AND Dana White both say it's gotta be MMA.

Now, Floyd's firing back ... telling TMZ Sports HE makes the rules -- 'cause he makes the money and that makes him the guy who calls the shots ... and mixed martial arts isn't happening.

Remember, Floyd told us he's likely to fight on New Year's Eve in Tokyo ... and if he and Khabib can't strike a deal, that's cool with him.