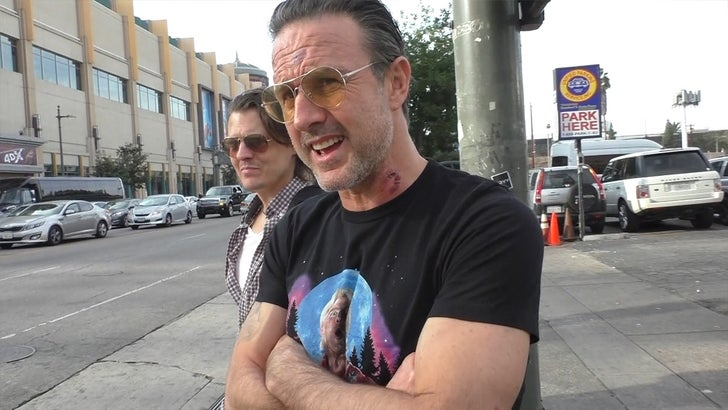 David Arquette vows his incredibly bloody deathmatch was his last, but he's never going to take his foot off the gas.

We got David Saturday in L.A. ... a day after his brutal Game Changer Wrestling fight against Nick FN Gage. David kinda looked worse for wear, after Nick smashed a light tube against his face. Check out the huge scab on the side of his neck.

So, David says -- we're not sure if he's serious -- the only rematch he'll have with Nick will be in a UFC Octagon.

As for David just sitting back and becoming a spectator in life ... well, he scoffed at the notion. He's always been a fighter and never a couch potato. 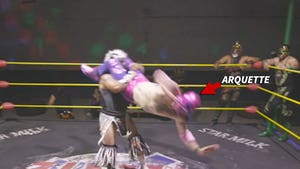 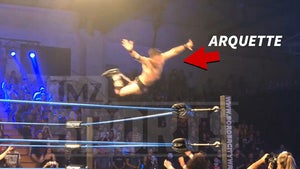