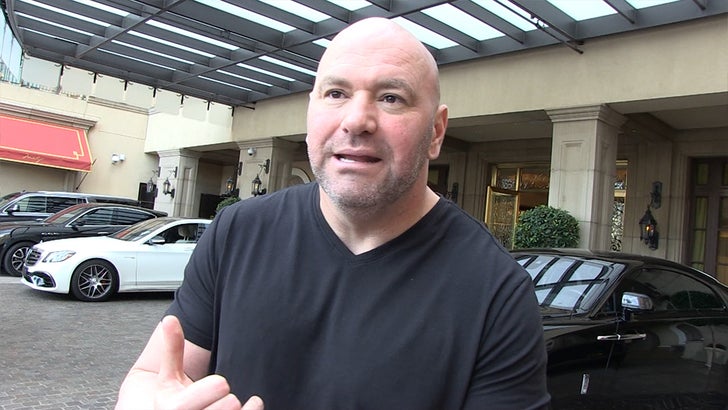 Dana White wants to put Jon Jones and Daniel Cormier in the Octagon and lock the door ... but DC's people don't want him to fight "Bones" -- they want him to retire.

TMZ Sports talked to the UFC honcho outside the Montage in L.A. ... and asked him for the lowdown on the DC and Brock Lesnar fight.

Dana told us he ain't sure if the Lesnar fight will happen ... but he does have a massive fight in mind.

"I'd obviously like to see Jones and Cormier fight again at heavyweight," White tells us ... "Cormier's team wants him to retire now. They want him to retire right now. I hope we can get 3 more fights out of him."

Remember, DC's repeatedly said he's gonna retire on his 40th birthday -- but that's still 4 months away -- and walking away before was seemingly never an option ... 'til now.

We also talked to Dana about Yair Rodriguez's INSANE last-second KO of the Korean Zombie ... and White says there's never been a better finish -- in MMA, boxing or anywhere else people hit each other. 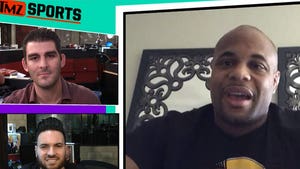