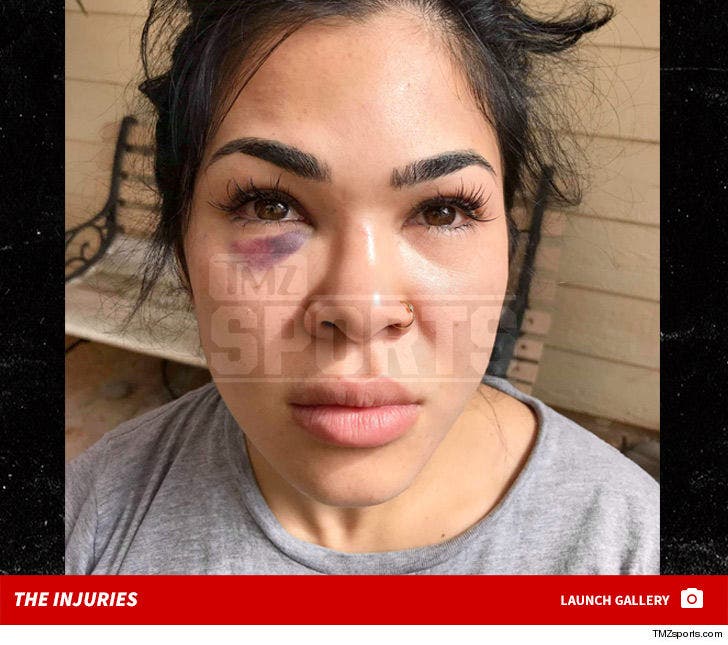 TMZ Sports has obtained injury photos of UFC fighter Rachael Ostovich -- taken in the wake of the domestic violence incident with her MMA fighter husband ... and they're brutal.

The photos show damage to Rachael's face, body, arms and head -- including a black and blue bruise under her right eye.

We spoke with a member of Rachael's family who tells us the photos reflect the "truth" of what really went down that day.

As we previously reported, Ostovich claims her husband, Arnold Berdon, savagely attacked her during a dispute at their home in Hawaii on Nov. 18.

Ostovich claims she suffered a broken orbital bone (eye socket) during the altercation and pulled out of her scheduled UFC bout with Paige VanZant. She has since gotten a second opinion from a doctor who cleared her to fight.

Berdon was arrested and charged with 2nd degree assault. He has pled not guilty and family members have told us he will argue self-defense.

Ostovich filed a request for a restraining order against Berdon -- and court docs show the judge granted the order after Berdon agreed to stay away for 20 YEARS.

Meanwhile, Ostovich is gearing up for her January 19 fight against VanZant. 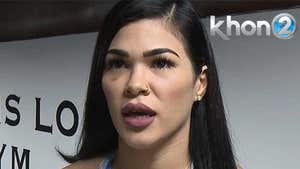 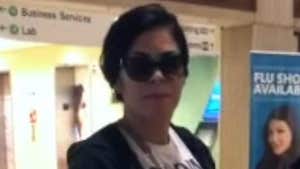