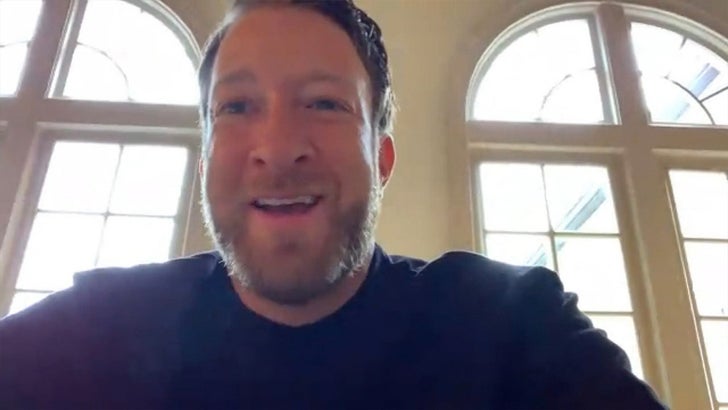 8:33 AM PT -- New information about the Barstool Sports incident at the Super Bowl Opening Day event in Atlanta -- cops say PFT Commenter was NOT arrested -- but he was issued a criminal trespass warning.

"The individuals ... were issued criminal trespass warnings by APD officers at the request of State Farm Arena security staff."

"Neither man was arrested or cited. Both had the fake credentials taken away and were advised they would be arrested for criminal trespass if they attempted to enter either State Farm Arena, Georgia World Congress Center, Centennial Olympic Park, or Mercedes Benz Stadium property again."

We spoke with Portnoy who tells us the trespass warning means he's not allowed to attend the Super Bowl, even though he has a ticket.

PFT Commenter -- the cohost of the "Pardon My Take" podcast on Barstool Sports -- says he was arrested at the NFL's Super Bowl Opening Night event in Atlanta on Monday night.

The Barstool star -- real name Eric Sollenberger -- had been having a pretty successful night, firing off questions to everyone from Rob Gronkowski to Todd Gurley ... even Bill Belichick.

But at some point during the evening, event organizers decided they wanted PFT Commenter out -- and they sent security to escort him off the property.

Eventually, PFT says the Atlanta Police Dept. got involved and arrested him for criminal trespassing.

PFT says officials even called in the FBI to question him.

PFT's boss -- Barstool Sports president Dave Portnoy was also escorted out of the event. Portnoy says he was not arrested.

Barstool and the NFL have a rocky relationship -- Portnoy and his team have attacked NFL Commish Roger Goodell on several occasions ... and it's clear they're not welcome at official NFL events.

The powers that be just gave @PFTCommenter the boot from media night. pic.twitter.com/UbKzqnyB39 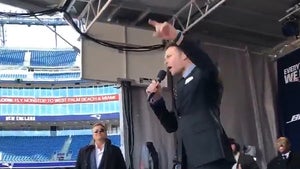 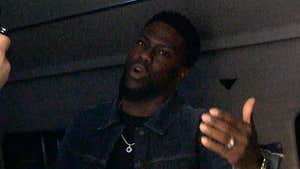