Miranda Lambert has left Tennesse and is now back in the Big Apple with a hunk of a husband hanging from her arm ... and some sweet new bling perched on her finger.

The country singer was spotted hand-in-hand with Brendan McLoughlin Saturday in SoHo, where they were both rockin' their wedding bands, and a little something extra for Miranda ... her engagement ring. They also had matching leather jackets to boot.

Good choice in attire ... NYC reached a high of 42 degrees Saturday afternoon, so the coats probably kept them warm in the chilly weather. A new boo helps in that department too.

As we reported, Miranda announced her surprise nuptials this weekend to the NYPD officer, who seems to have come out of nowhere. Reports say the newlyweds got hitched in late January down in Nashville ... where she recently had a bit of a salad spat.

Like we first told you ... Miranda got into a heated argument at a Nashville steakhouse last weekend, which boiled over into her dumping a salad onto a woman's lap.

The incident ended with no arrests and no police report filed. Here's hoping the New York dining scene treats her a little better. 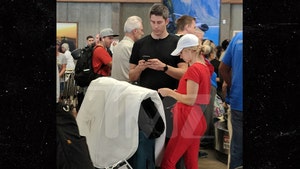 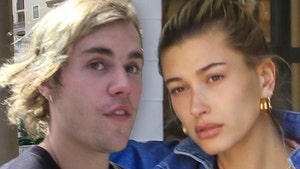