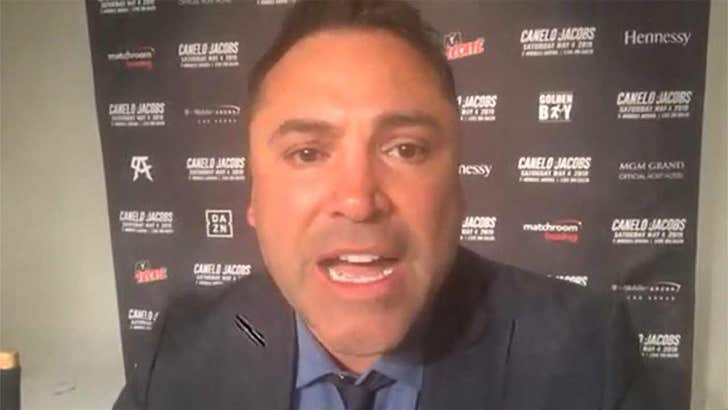 Oscar De La Hoya says "REAL" boxing promoters don't tamper with other fighters -- and says, if Floyd Mayweather wants to set up a fight with Ryan Garcia, he's gotta do it the PROPER way.

Oscar -- who runs Golden Boy Promotions -- sent a cease and desist letter to Floyd after Mayweather made a fight offer to Garcia during an interview with TMZ Sports earlier this month.

In the TMZ Sports video, Mayweather looked in the camera and told Garcia -- a Golden Boy fighter -- that he'd offer $200k for Ryan to fight Mayweather Promotions fighter Rolando Romero.

Both Garcia and Davis are rising stars in boxing's super featherweight division -- and seem to be on a collision course to battle in the near future.

After making the offer, Floyd invited Garcia to his 42nd birthday party -- and the two seemed to be chatting it up ... with Oscar nowhere to be seen. 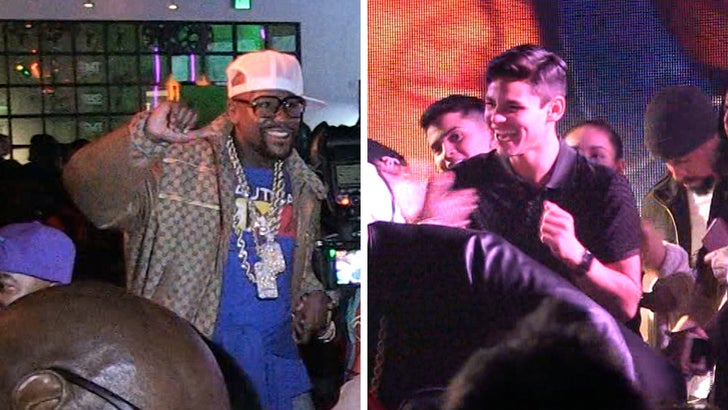 Now, Oscar is pissed -- telling TMZ Sports, "There are proper ways of making fights happen. Look, you don't go out there publicly."

Oscar added, "The proper way is you send in a contract, you take a look at it and then we talk about it ... that's what real promoters do."

Oscar says he has not heard "one word" from Floyd's camp before or after sending the letter.

It sounds like Oscar is still interested in making a Davis vs. Garcia fight -- but he refuses to hash it out in the media and wants Floyd to deal with him behind the scenes ... or else.

Meanwhile, Oscar has a lot on his plate -- he's currently promoting the massive Canelo Alvarez vs. Daniel Jacobs fight scheduled to go down May 4 on DAZN.

Remember, Oscar was instrumental in Canelo signing a massive $365 million, 11-fight deal with DAZN ... so he knows a little something about getting deals done. 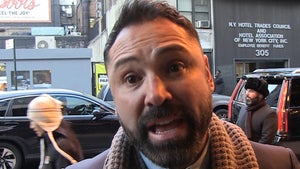 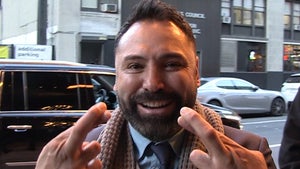