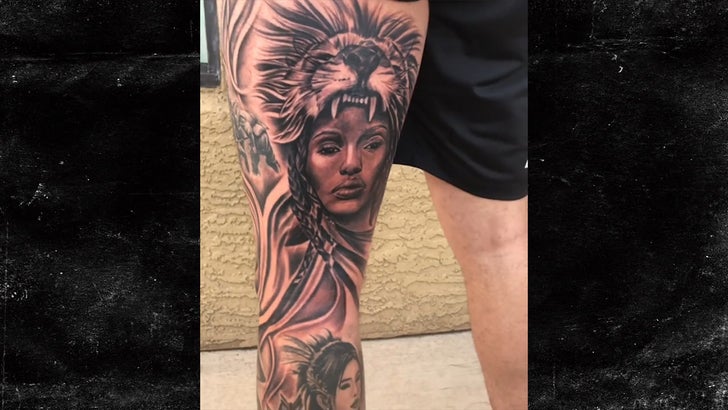 Shane Ray is heading into free agency with some INCREDIBLE new body art ... the ex-Broncos stud just got his leg tatted -- and it might be the best $10,000 he's ever spent!

The stud pass rusher -- Denver's 1st-round pick in 2015 -- wanted to get some warrior-themed artwork done to represent all the battles he's faced in his NFL career so far.

So ... Shane hit up his friend and renowned tattoo artist, Katrina "Kat Tat" Jackson -- and they got to work.

Kat tells TMZ Sports she started on Ray's leg in L.A. a couple of weeks ago at Enigma Beverly Hills ... but the majority of the piece was done at Shane's Denver home this past weekend. And yeah, Shane paid for the plane ticket to fly her out. How baller is that!?

Kat says the sleeve took 3 sessions -- a 14-hour first day, 8 hours the next day and 4 more hours to cap it off ... and it all led to a SICK piece that features warriors of all shapes and sizes.

By the way, Kat was the artist behind Shane's epic back piece that got the pass rusher in trouble with Denver fans because of the prominent Kansas City Chiefs logo.

(FYI, Shane's from the Kansas City area and the tat is a tribute to his hometown). 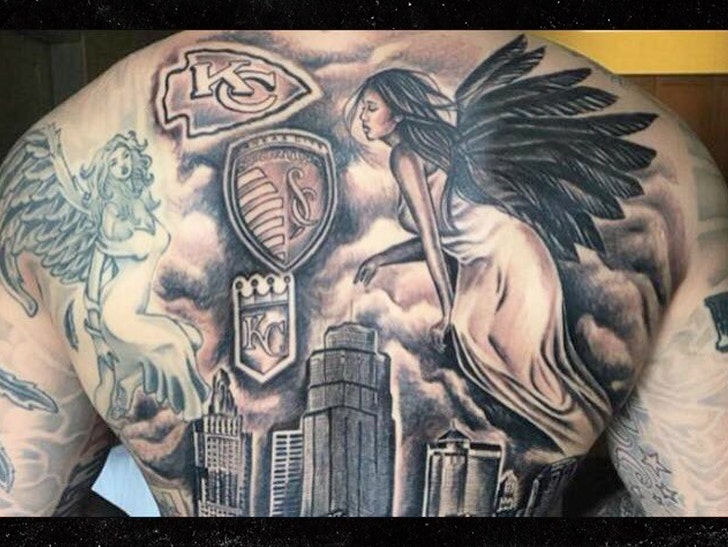 But, Ray is about to be a free agent later this month ... and Kansas City COULD always use another pass rusher -- so could that be where he ends up??? 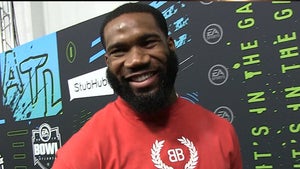 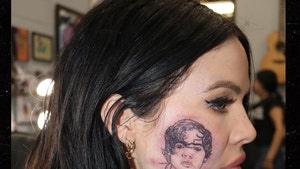