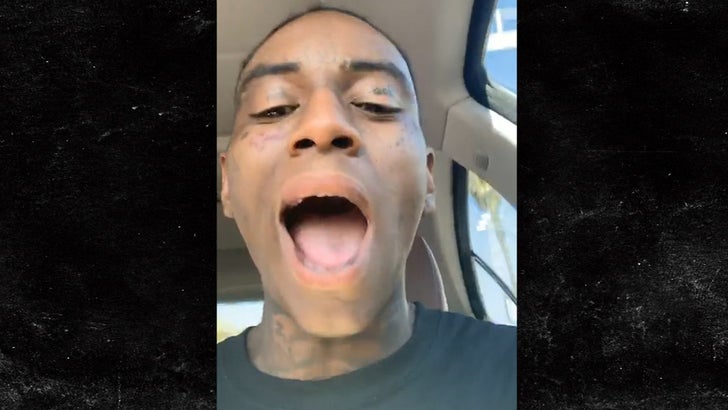 3:48 PM PT-- Soulja's lawyer, Fred Minassian, tells TMZ the judge released him today pending a hearing on March 29. He says, "There was no finding in regards to his probation violation."

1:38 PM -- The rapper's been released from jail and he immediately took to Instagram Live to joke and rant about the arrest. Soulja Boy jokes he's gonna rock his jail ID wristbands on stage for his gig at Staples Center. He says he's still gonna perform at the Clippers game Friday night.

Check it out ... he also says he's NOT going out like Tekashi69, who is behind bars on racketeering charges. He also calls himself the hottest rapper in the game before peacing out. 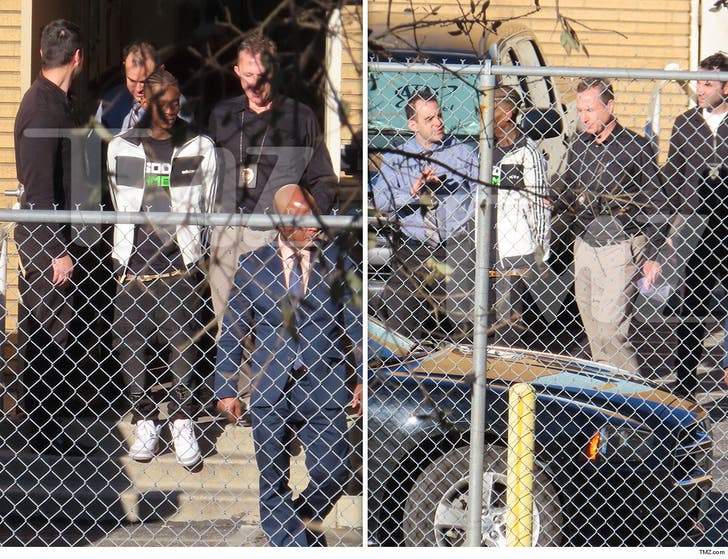 Soulja Boy has been arrested ... and it sounds like the same old story -- he allegedly can't keep his hands off firearms and ammo.

Soulja went to see his probation officer Friday morning in the San Fernando Valley, and when he showed up he was cuffed and taken to jail.

Here's what we know. Soulja is currently on probation and the offenses go back 8 years ... when he was convicted of weapons violations. In 2016, while he was on probation, cops descended on his home after the rapper threatened people online. During their search, cops found at least one weapon, which was a violation of Soulja's probation.

A judge extended his probation again, making it clear ... NO WEAPONS. 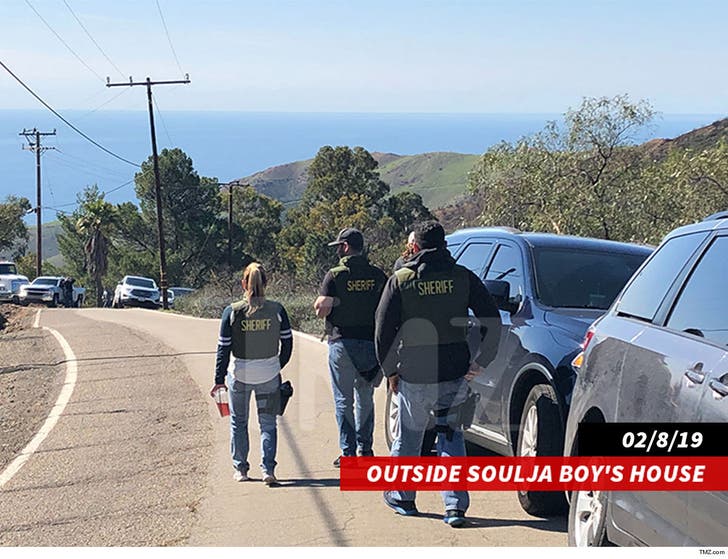 Fast forward to last month ... cops executed a search warrant at Soulja's home after a woman claimed he held her hostage in his garage ... something he denied. Our law enforcement sources tell us during the search, cops found ammunition, which he's not allowed to possess while on probation.

Apparently, cops waited to make their move, knowing he was going to show up to see his probation officer, and that's when they swooped in and arrested him for another probation violation.

The rapper's currently in jail in Van Nuys. He'll appear in court later Friday to face a judge. 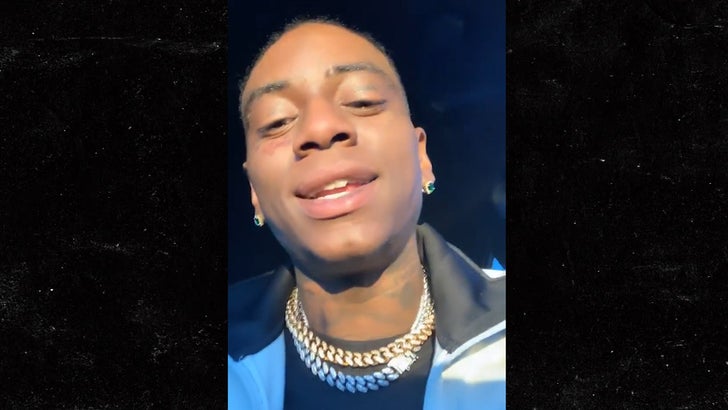 Soulja is supposed to perform at a Clippers game Friday night -- and seemed pretty confident he'd be there in a video posted just before his arrest. We'll see if he shows. 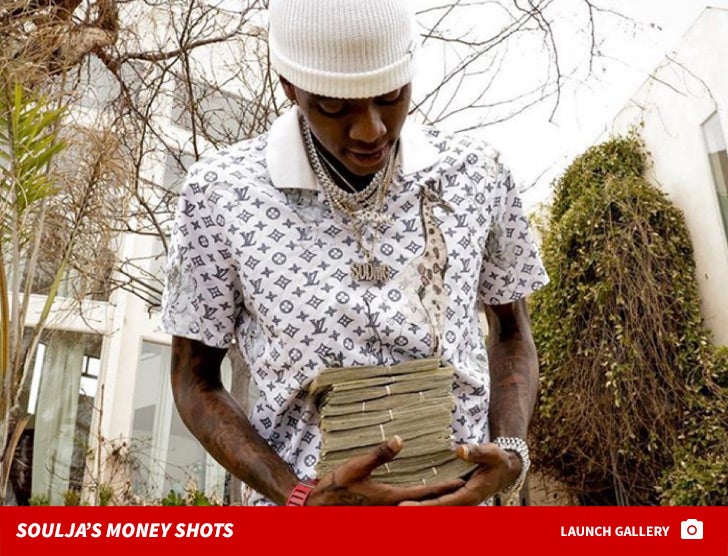 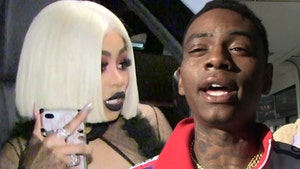