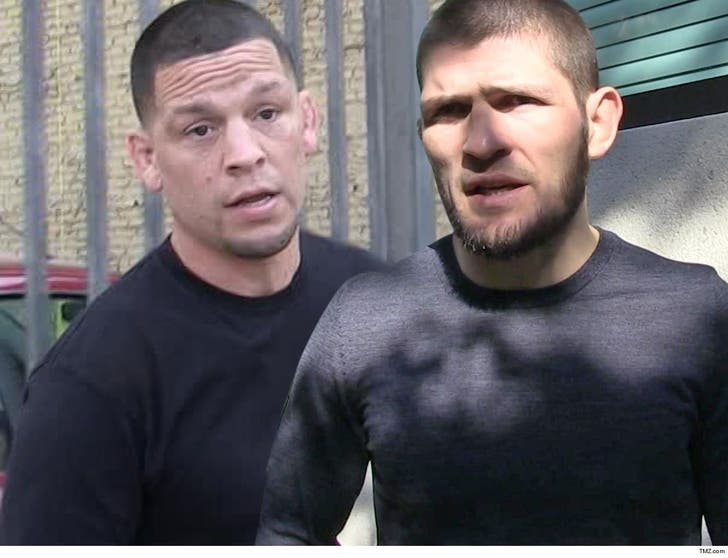 Forget the trilogy with Conor McGregor ... Nate Diaz wants a crack at Khabib.

Just days after TMZ Sports posted footage of Conor saying he "owes" Nate a 3rd fight out of respect -- Nate seems to be poopooing the idea ... and is now setting his sights on The Eagle.

"Kabibs hiding scared cause I slapped the sh*t out of him," Nate posted ... "Conor already got his ass beat twice."

"Where the f*ck you at kabib?"

Nate and Conor fought TWICE back in 2016. Nate won the first fight, choking McGregor out in the 2nd round.

When they ran it back a few months later, Conor won a majority decision after 5 bloody rounds. Some people, including Nate, believe the judges blew the decision.

The fans have been calling for a rubbermatch ever since -- and Conor finally addressed the issue in Chicago ... while standing on top of a bar.

"He fought me, he beat me. He gave me a rematch at the exact same weight, there was no hesitation, that's a true fighter right there," McGregor said. 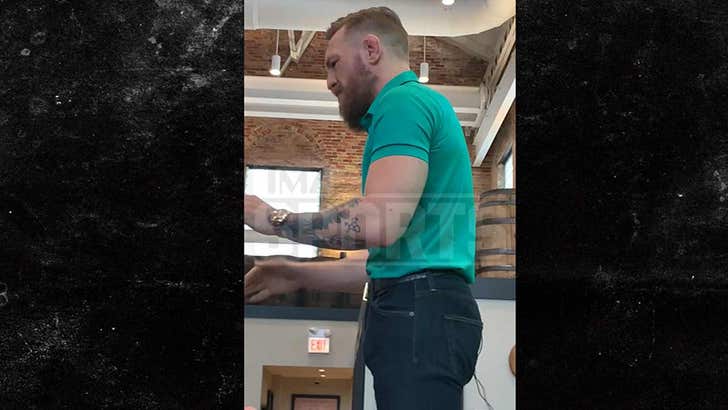 But, he feels the Khabib fight is a higher priority.

Diaz has talked about slapping Khabib and embarrassing Conor before -- telling TMZ Sports in August 2018, "I whipped one's ass and I slapped the f*ck out of the other one so they're both my little bitches." 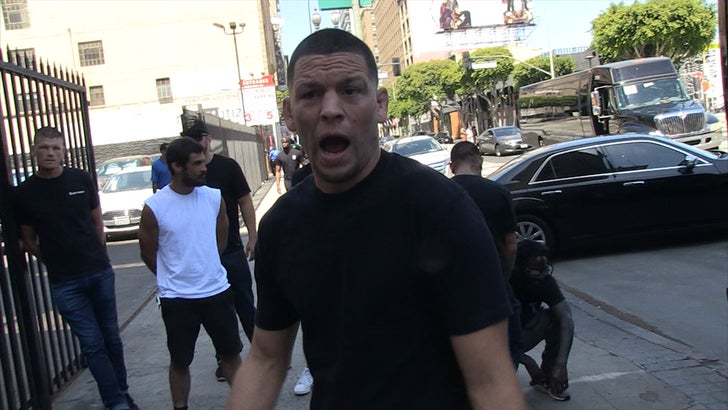 Diaz then told us about an incident in which he smacked Khabib in the face in front of "all his Russian friends" and they "didn't do sh*t."

Of course, Nate was supposed to fight Dustin Poirier at UFC 230 back in November -- but Poirier pulled out after suffering an injury.

Diaz just issued a statement to him as well -- "Ps porier is a pussy." 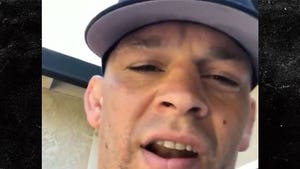 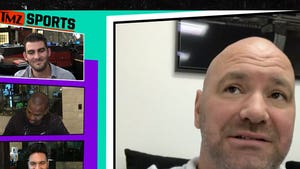 Dana White On Nate Diaz's Push for 165 Lbs Division, 'It's Nutty As Hell'