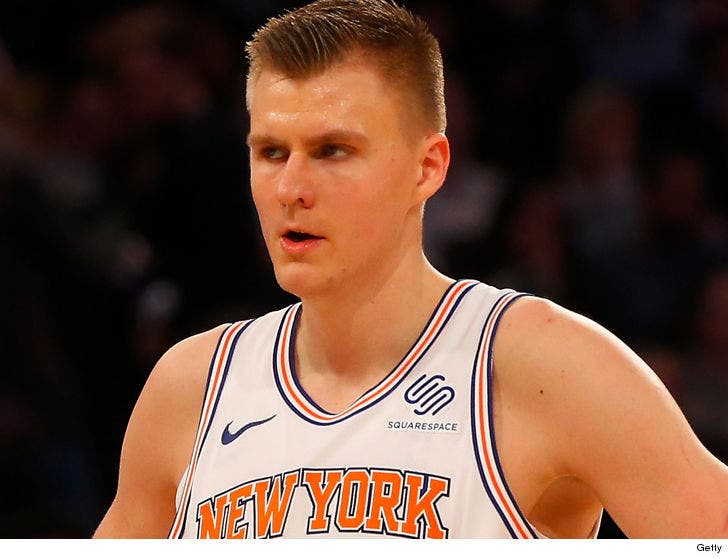 5:55 PM PT -- Law enforcement sources tell TMZ ... the alleged victim told cops Porzingis pinned her down on a bed in his guest room, penetrated her vagina with his penis and then got violent.

The woman told cops he hit her in the face several times, spit on her, called her "my bitch" and "my slave" and said he owned her. We're told the accuser claims he stopped assaulting her as she was putting up a fight.

Former New York Knicks star Kristaps Porzingis is the target of an NYPD investigation after a woman came forward and accused him of rape ... TMZ has learned.

The woman claims Porzingis invited her to his Manhattan penthouse on February 7, 2018 -- just hours after he tore his ACL in a game at the Garden against the Bucks -- and held her down and raped her.

According to the New York Post ... the woman -- who's in her 20s and lived in the same building as Porzingis -- reported the rape to police Thursday ... and The Post claims investigators consider her story to be credible.

The accuser reportedly told cops Porzingis promised to give her $68,000 in hush money to pay for her brother’s college tuition, but then reneged ... which is why she waited to report the alleged sexual assault.

Porzingis was traded by the Knicks to the Dallas Mavericks in February. Mavs owner Mark Cuban says the team has been instructed by federal authorities not to comment on the rape allegation.

The NYPD’s Special Victims Division has reportedly taken over the case and is investigating.

We've reached out to Porzingis and his current and former teams ... no word back so far.

However, the player's attorney Roland G. Riopelle says they are aware of the woman's complaint and "unequivocally deny the allegations."

He adds they made a formal referral to the feds in December because the accuser was allegedly trying to extort Porzingis ... and the NBA is aware of the "ongoing federal investigation." 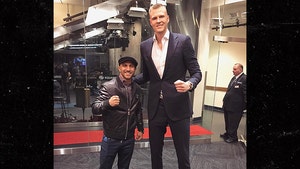 Kristaps Porzingis vs. Vasyl Lomachenko, Who Ya Got?