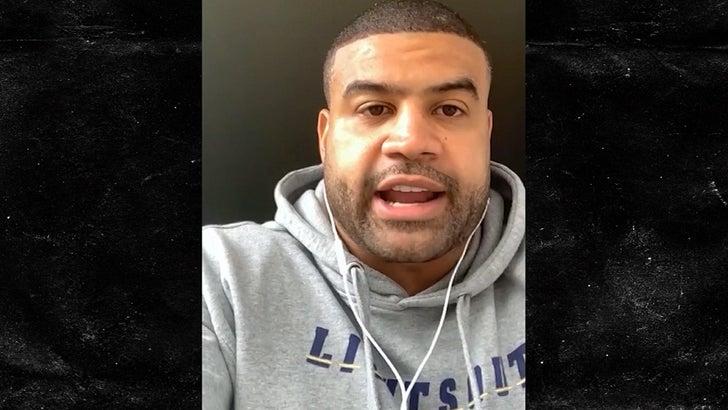 Ex-NFL star Shawne Merriman wants to get in a cage and beat the living hell outta someone ... and that person??? It's wrestling superstar Batista.

"He looks good, man. I know that people will watch that," Merriman tells TMZ Sports.

"I know people wanna see that. If he was down to do it, I would do it in a second. I wouldn't even question that one."

Shawne knows Bautista's a busy guy -- he's fighting Triple H at Wrestlemania 35 this weekend and he's currently working on numerous films -- but still thinks they can make the fight happen.

"I know he's got other stuff going on, but why not give the people something they want to see."

The reason why we're even talking about this ... the former All-Pro linebacker just launched his own MMA promotion -- Lights Out Xtreme Fighting -- and he's seriously considering taking his first fight. 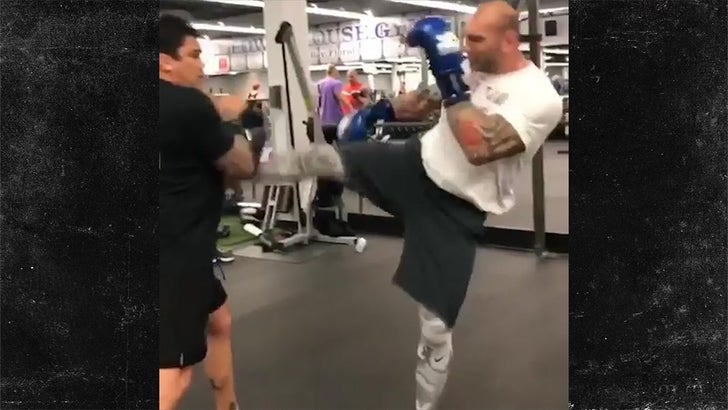 So, what's Shawne's message to Dave?

"Hey Batista, if you're watching this dude, we're both from the DMV area. I got mad love and respect for you. I know you been around the game a long time, and people wanna see it. Come on. I'll be ready." 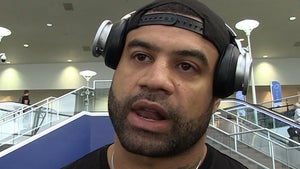 Shawne Merriman Heartbroken Over Alex Spanos' Death, He Was Like Family 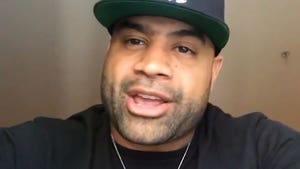