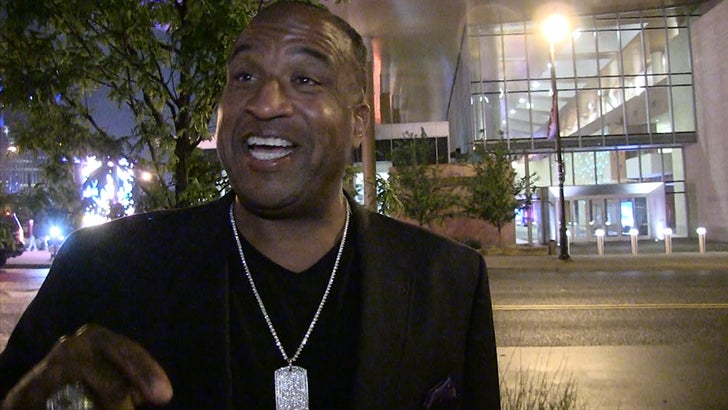 Move over Todd Gurley ... Ezekiel Elliott's contract is about to TOP your epic $57.5 MILLION deal -- so says Zeke's dad, who tells TMZ Sports the Cowboys are about to make his son rich!!

"Ezekiel will be the highest-paid running back EVER," Stacy Elliott says ... "In the history of the NFL!"

Of course, Zeke is still 2 years away from NEEDING a new deal -- the Cowboys just picked up his 5th-year option this week, keeping him under team control through the 2020 season.

But, Elliott's camp has already made it clear they'd like a new contract -- and his dad tells us it ain't gonna be cheap.

But, don't get it twisted ... Stacy says there won't be any sort of Le'Veon Bell-like holdout going down in Dallas -- saying the Elliotts' relationship with Jerry Jones is GREAT!!

As for what's going on with Zeke ON the field ... Stacy says he's never seen his son in better shape -- and tells us don't be surprised if Zeke rushes for more than 2,000 yards this season.

In fact, Stacy is so confident in his son -- he says Emmitt Smith's all-time record of 18,355 rushing yards will be toast by the time Zeke's career is finished!!!!