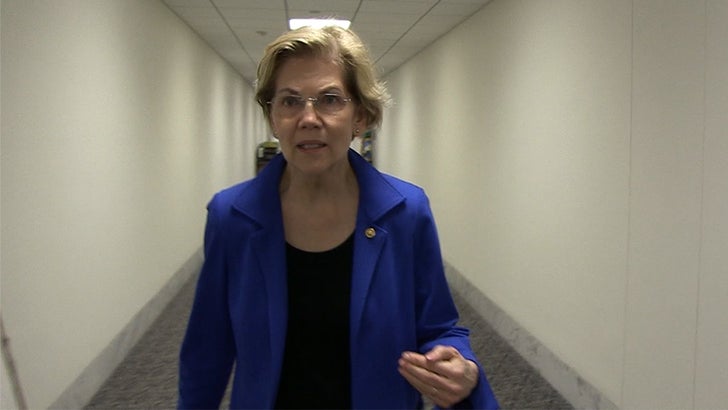 Boston Red Sox manager Alex Cora is getting high praise from Elizabeth Warren -- who says she "admires" Cora for his decision to boycott Trump's White House over his treatment of Puerto Rico.

Cora -- who's from Puerto Rico -- announced he would NOT join the Red Sox at the White House on Thursday to be honored by the President for winning the 2018 World Series.

In his statement, Cora said he doesn't feel "comfortable" visiting Trump after the way POTUS handled recovery efforts in his native Puerto Rico after the 2017 hurricane.

And, when we saw Senator Warren [D-Mass] in D.C. Tuesday morning, she told us why she's throwing ALL of her support behind the MLB manager.

"He did this in a clear and respectful manner but he said, 'I can't go and show up for a photo op with someone who's been withholding funds from Puerto Rico.'"

"There's a lot of suffering going on over there," Warren added ... "I admire what [Cora is] doing."