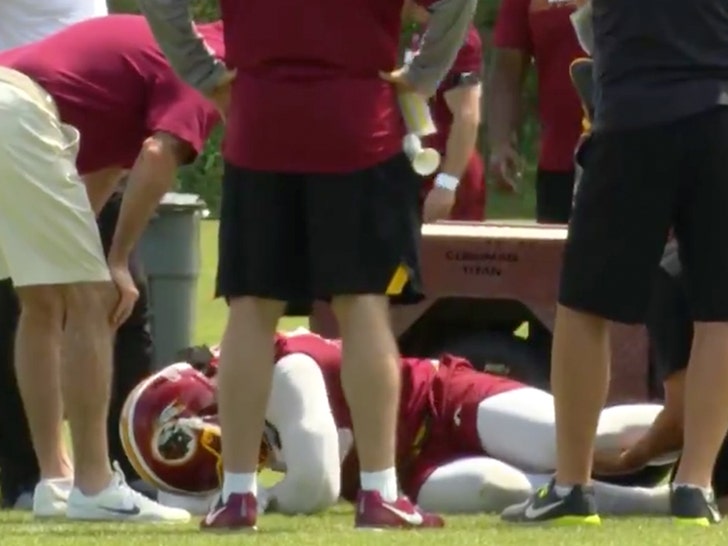 More bad news for Reuben Foster ... the Washington Redskins LB was carted off the field Monday after suffering a scary injury during his first practice ever with the team.

Reporters on the scene say the ex-Alabama star -- who the 'Skins just picked up a few months ago after the 49ers cut him -- injured his left leg during an on-field play.

Foster reportedly was pushed to the ground ... and was in clear and obvious pain afterward -- punching the grass and screaming out loud.

Redskins linebacker Reuben Foster was visibly in serious pain and carted off the field after an injury on Monday. pic.twitter.com/Ha6QnT4Owy

Trainers put Foster's leg in a cast and carted him off the field ... and it's unclear right now how severe the injury is -- but things don't look good.

It's another piece of bad news for Foster -- who's dealt with multiple issues the past two years including two separate domestic violence incidents as well as a marijuana arrest.

Foster appeared to have all his troubles behind him after signing with the Redskins back in November -- the NFL said he would NOT be suspended after his most recent domestic violence arrest -- and he looked poised to be a starter for Washington this season. 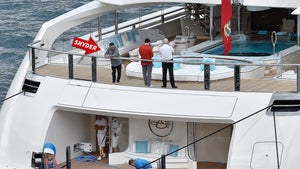 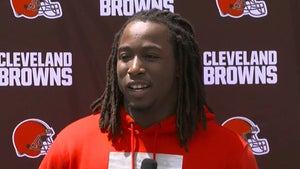 Kareem Hunt Wants to Apologize to Victim, 'Haven't Had the Chance'