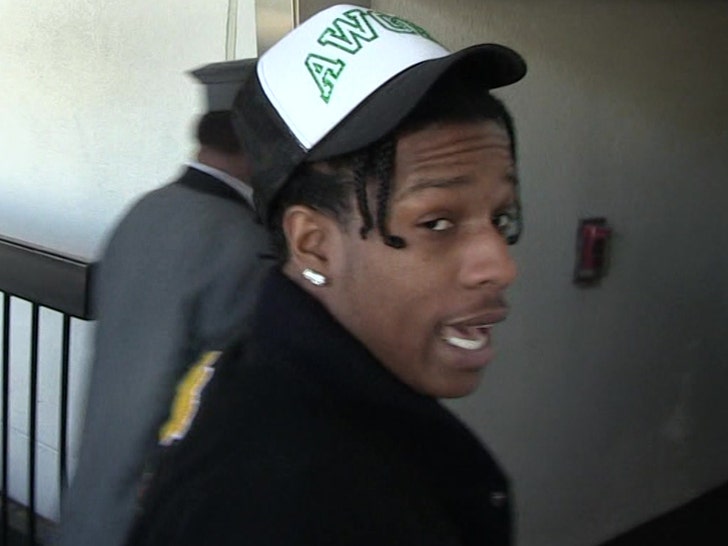 1:18 PM PT -- Sources close to A$AP tells us the rapper voluntarily went to the police Tuesday night for questioning and was immediately taken into custody. We're told cops are holding him on restricted visitation and will only allow him to speak with an appointed attorney.

Our sources say it's standard practice for the U.S. Embassy to be immediately alerted when an American is arrested -- but that never happened -- instead, police are refusing to let the U.S. Embassy rep meet with A$AP or his team.

We're told the situation has gotten so severe, it has been taken up with the Swedish Embassy in Washington D.C. to avoid what has quickly become a breach of Rocky's human rights.

A$AP Rocky is under arrest in Sweden for a street fight and now faces a very serious charge -- this despite video that seems to show he and his team were NOT the aggressors.

Law enforcement in Stockholm tell us ... cops busted A$AP on suspicion of aggravated assault. TMZ broke the story ... the rapper and his team got into the brawl last weekend.

We posted the first video of the incident, showing Rocky and his entourage tossing a guy and punching him.

Witnesses told us the fight started because the man was hounding A$AP and his team over a pair of headphones he claimed they had broken.

However, AR later posted a nearly 3-minute long video which showed the man had actually broken his headphones when he smashed them on the head of A$AP's bodyguard. Even after that clear first shot was taken ... Rocky is seen on camera playing peacemaker, trying to calm the situation.

It appears the fight erupted several minutes later when the man continued to hound A$AP and co., and after a woman claimed the man had groped her butt.

We're told Stockholm cops can now hold Rocky for up to 3 days while prosecutors determine whether to charge him. If they do, he's looking at the possibility of up to 6 years in a Swedish prison.

We're told 3 other people were also arrested ... 2 on suspicion of aggravated assault, and 1 for suspicion of assault. It's unclear what their relationship is to A$AP.