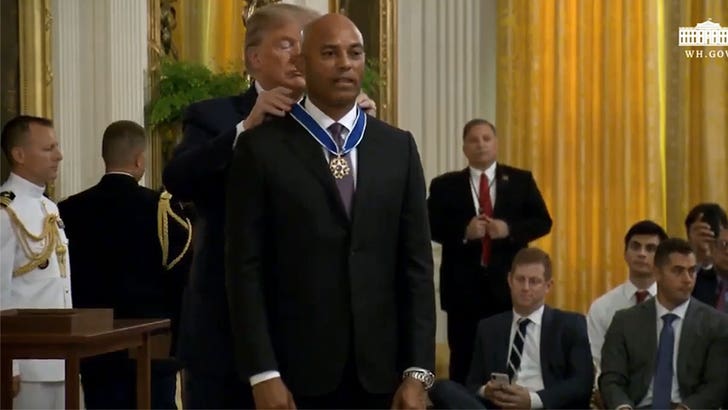 President Trump just presented Mariano Rivera with the Presidential Medal of Freedom on Monday ... and unfortunately, he left his calculator behind.

POTUS -- a HUGE Yankees fan -- honored the Sandman at 1600 Penn on Monday ... praising "maybe the greatest pitcher of all time" for his accomplishments on and off the mound.

FYI -- the Presidential Medal of Freedom is the highest award a civilian can achieve in the United States -- and is given to people who make an especially great contribution to American society.

But, the funny part is when Trump tried to do some impromptu math ... and hilariously failed when talking about MR's minor league ERA in 1990.

Of course, the love between Trump and Mariano is mutual -- Rivera serves as the co-chair of the President’s Council on Sports, Fitness & Nutrition ... and became a U.S. citizen in 2015.

Sandman becomes the most recent superstar athlete to receive the honor -- Jerry West and Tiger Woods both got the honor earlier this year. 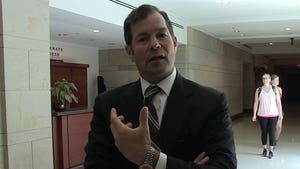 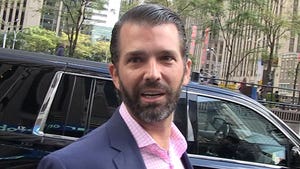