3:07 PM PT -- We got rapper Skinnyfromthe9 out in NYC and he straight-up says Tekashi snitching was wrong. It also seems Skinny's taking sides ... giving Tekashi's ex-manager, Kifano “Shotti” Jordan, a shout-out. As far as Tekashi ever getting a shot at reviving his career after doing so much snitching ... Skinnyfromthe9 says it may be an uphill battle. 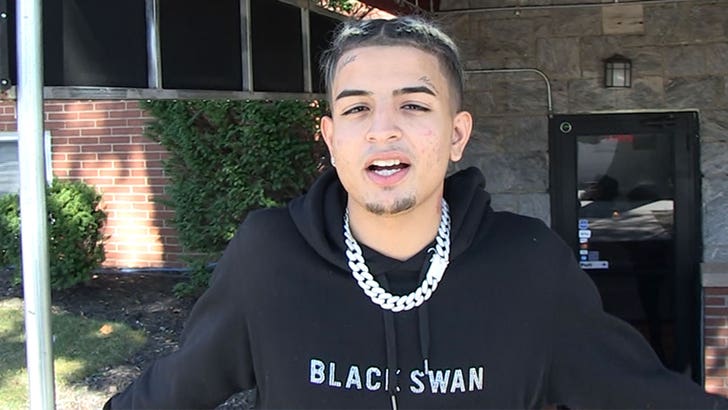 Tekashi69 has completed his first day on the stand in federal court where he's clearly panicked about testifying against his former fellow gang members of the Nine Trey Bloods.

Altogether, he spent nearly 2 hours on the stand -- wearing blue prison scrubs, a white undershirt and still rocking his rainbow colored hair, styled in pigtails. In a courtroom potentially filled with current or former Nine Trey members, he testified he became a member in November 2017, and participated in violent crimes ... including shootings, assaults and drug trafficking

At one point, 6ix9ine even ID'd the 2 men who are on trial. He nervously pointed at the defendants, Aljermiah "Nuke" Mack and Anthony "Harv" Ellison, and ID'd them as Nine Trey Gang Members.

Tekashi testified extensively about his hit song, "Gummo," and how the August 2017 music video shoot introduced him to many of the Nine Trey members. For instance, he says he first met Seqo Billy and told him he wanted to do a music vid with authentic gang members. Tekashi says on the day of the shoot, he bought 3 dozen red bandannas for them to wear on camera.

He said this is when he met Shotti ... who became Tekashi's manager.

Prosecutors showed stills from the music video, and Tekashi pointed out and identified various gang members who appeared on camera. He also claimed Trippie Redd was a gang member, but from a rival Bloods sect from Nine Trey.

Tekashi testified he never had to go through an initiation to the gang, or personally shoot anyone. The gang simply wanted him to keep making hits in order to bankroll its activities.

The snitching, which 6ix9ine agreed to do when he took a plea deal -- will provide key testimony for the prosecutors' case. In fact, he testified he started cooperating with the feds the very day after he was arrested, back in Nov. 2018.

As we've reported ... Tekashi was staring down a minimum of 47 years in prison after being busted by the feds on racketeering charges, but he cut a deal in return for his full cooperation.

The feds fear for Tekashi's safety, and he's being held behind bars in a facility filled with other snitches. U.S. Marshals took Tekashi through a secure tunnel to the courthouse, and he's under heavy guard. 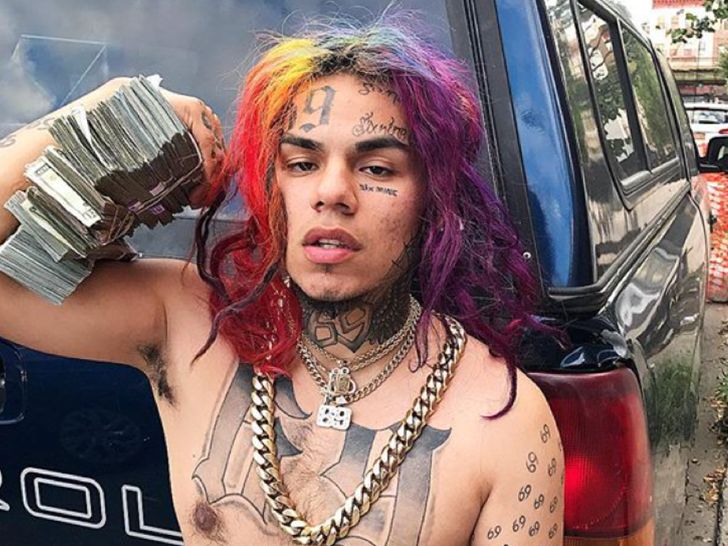 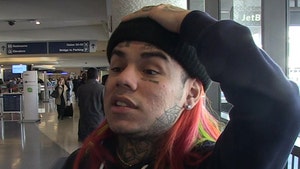 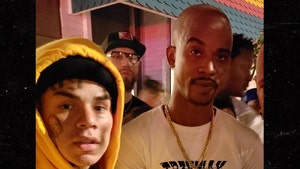