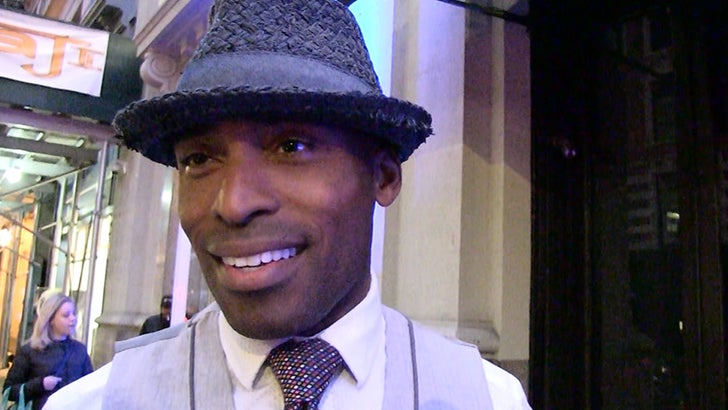 Tiki Barber says Antonio Brown's NFL career is NOT over ... the Giants legend says there's no way in hell the receiver ain't playing in the NFL again -- despite all of his drama.

"He's got skill," Tiki tells TMZ Sports. "Eventually, he’ll be back in the league."

It's a surprising take from Barber ... considering most football pundits think AB's antics in Pittsburgh and Oakland -- plus all of his legal issues -- will be the end of his pro playing days.

But, when we got Tiki out in NYC ... he told us Brown is just too damn talented to be out of the NFL for good.

"He’s good, he’s still a great athlete," Barber says. "He's just got some demons he's got to work out."

As for Brown's pitch to the Patriots -- the one where he told them Wednesday if New England is gonna pay him, it might as well play him -- Tiki actually kind of agreed with the WR's logic.

When it comes to which team might take a shot at signing Brown ... Tiki didn't name names -- only telling us it'll all go down once "some of this heat blows over."

By the way, we also spoke with Tiki about Vontaze Burfict's suspension ... and ya gotta hear why he's fine with the NFL upholding the Raiders linebacker's season-long ban. 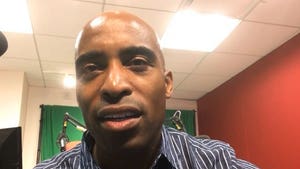 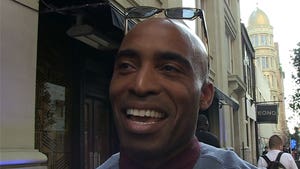 Tiki Barber Says Odell Is Wrong About Giants, Saquon Was the Draw!