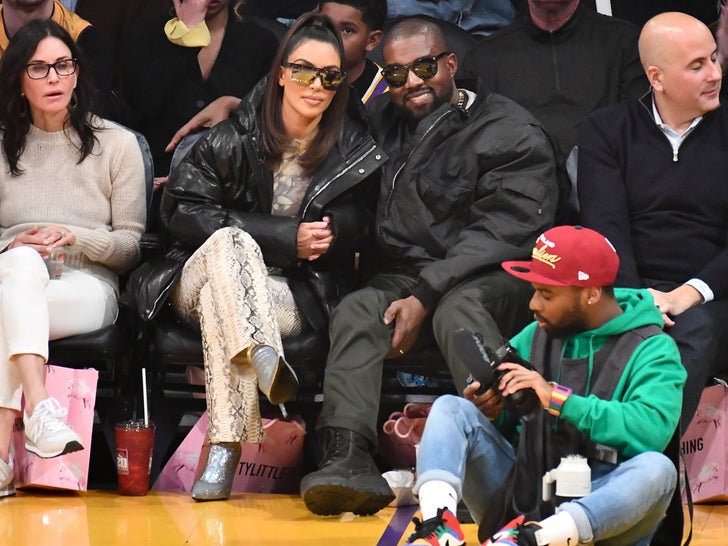 2:46 PM PT -- Kim just tweeted about the game, saying, "I was there to support him! And was cheering screaming LETS GO TRISTAN!!!!! I would never boo anyone. I don't go to hate, only to cheer!"

8:54 AM PT -- Sources tell us Kim and Kanye were at the game to support Tristan. There's a video on social media of Kim "boo'ing" Tristan during free throws, but we're told it was simply in good fun. As for their courtside seats, our sources say Kim and Kanye got those independently, they weren't a hookup from TT. 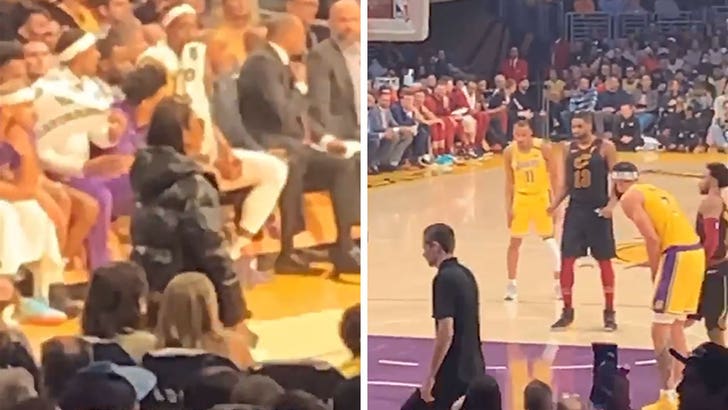 Think Kim Kardashian takes pleasure in watching her sister's ex take an L in public??? HELL YEAH, SHE DOES!

Check out the smiles on Kim and Kanye's faces during the Lakers game Monday night -- grinning from ear to ear as LeBron and company put a beatdown on Tristan Thompson's Cleveland Cavaliers in a 128 to 99 shellacking!

Kim even posted a pic of Tristan on the court on her IG.

For the record, Tristan and Khloe Kardashian seem to be on decent terms these days -- but with all the drama he put her through, it must still be fun to watch him get wrecked on the court. 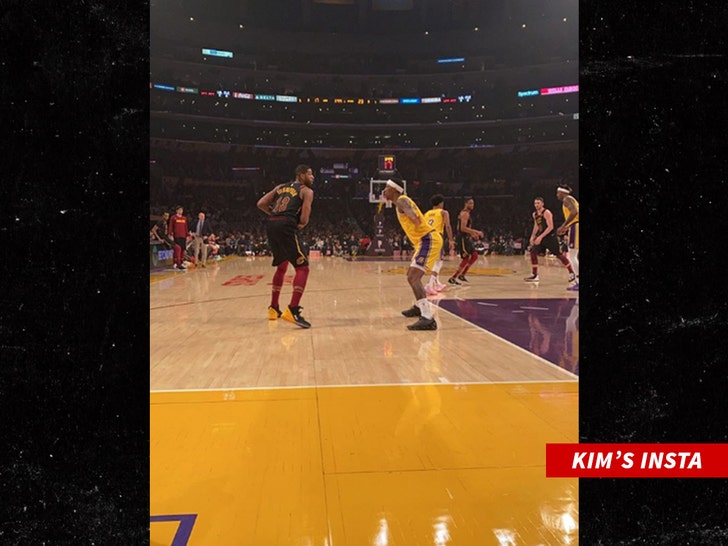 There were a TON of stars at Monday's game -- from Halsey and Courteney Cox to Judge Mathis and Emily Ratajkowski ... even Lily Collins and boxing star Gervonta Davis.

Oh, and if you were worried about how LeBron was feeling after that bout with the flu -- he's better!!! In fact, King James dropped 31 points, 8 assists and 2 rebounds in the Lakers win!

The Lakers are currently in 1st place in the Western Conference with a 33-7 record -- the hottest team in the NBA.

In fact, it's just like old times at Staples Center -- with stars buying up all the seats ... even Jack Nicholson was sitting courtside again after taking some time away from his favorite team.

Oh, and if you're wondering why everyone in the front row had pink bags -- the Lakers partnered up with clothing brand PrettyLittleThing which hooked up the celebs with free stuff. In exchange, the company made a donation to the Lakers Youth Foundation. 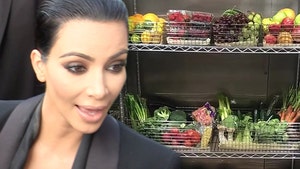 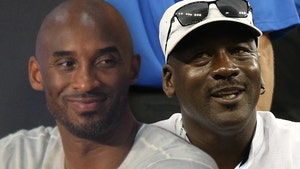