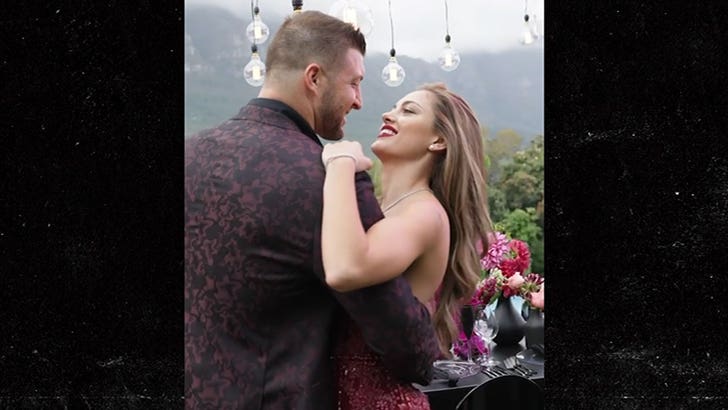 9:57 AM PT -- Tim Tebow has reportedly tied the knot with former Miss South Africa Demi-Leigh Nel-Peters -- and of course ... congratulations are in order, for more reason than one.

People reports Tebow and Demi are, in fact, man and wife now -- and the ceremony apparently included about 260 guests, a sunset backdrop, a mix of American and S. African cuisine ... and even a Keto-friendly cheesecake so TT could stick with his diet.

It also means Timmy finally gets to lose his V-card. He's famously religious and has previously said he wanted to save himself for marriage. Welp, the time has come ... do the deed, bud.

Tim Tebow is days away from saying "I do" to his South African bride, and it looks like he's getting familiar with her homeland through a super fancy warm-up to the big day.

The ex-NFL quarterback-turned-baseball player posted some awesome behind-the-scenes footage of his wedding rehearsal dinner this weekend with his fiancee, Demi-Leigh Nel-Peters -- who was crowned Miss South Africa in 2017. No doubt about it ... it was an elegant affair.

Tim was in a burgundy suit, Demi-Leigh in a complimentary red dress. The evening included a proper run-through, complete with the seating arrangements for the reception ... as well as speeches from family and friends. His former college coach, Urban Meyer, was there too.

All the while ... relaxing Bossa nova music played in the background, and the bride and groom-to-be even got a dance in for good measure. As Tim knows, ya gotta practice for game day!

TT eventually got on the mic himself and explained why he wanted to get hitched out of the country. Check it out ... sounds like he's a believer in the "happy wife" motto. He went on to thank the whole country of South Africa for sharing its culture with him.

Tim and Demi-Leigh got engaged in 2019 after about a year of dating. He'd made it clear he was ready to settle down, and now it's almost time. Early congrats! 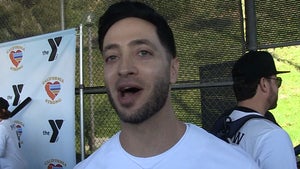 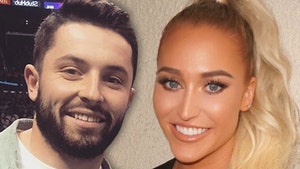