Tekashi 6ix9ine is back to his trolling ways since getting out of prison -- his first order of business ... letting L.A.'s Mayor know he's down to rat out quarantine breakers.

The rapper just commented on an IG post by TSR, which captured a photo/headline of Mayor Eric Garcetti telling Los Angelenos he would be willing to offer "rewards" to folks who snitch on businesses and others blatantly breaking the city-wide, stay-at-home order.

Tekashi's official two cents ... "Coming to the rescue." Short and sweet, but it speaks volumes (somewhat hilariously) for a number of reasons. 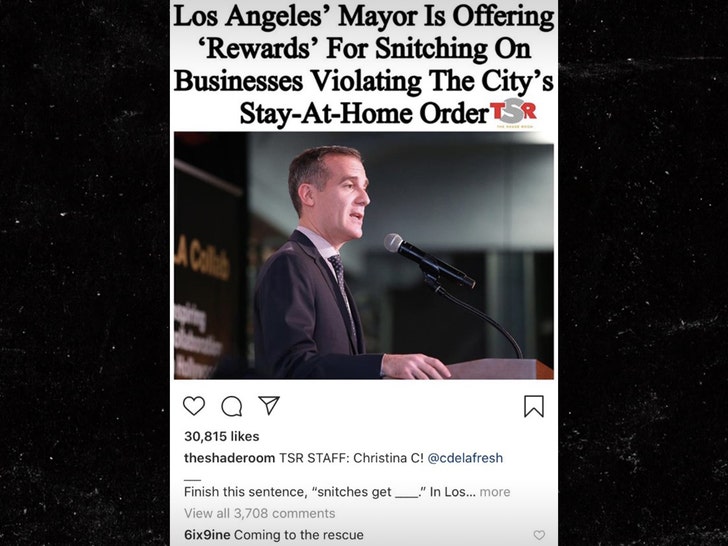 For starters, this appears to be 6ix9ine's first social media interaction that we've seen from his official account in a long time -- since November 2018, in fact, when he first got locked up on racketeering charges -- so it's noteworthy in that sense. Out of prison, back online.

Also, it's funny Tekashi's commenting on a timely topic -- namely, the coronavirus chaos happening all around us -- while also touching on something he knows all too well ... singing like a canary. Granted he's in NYC, not L.A. ... but it's the thought that counts.

Of course, if Tekashi was on the West Coast ... there'd be plenty of snitching he could do for Garcetti, as people continue to flock to public spaces and disregard social distancing -- like in Hermosa Beach this weekend, where people were out and about along trails there.

If his music career doesn't take off again like he'd planned, maybe the dude's got a career in comedy. He's got us chuckling 😅 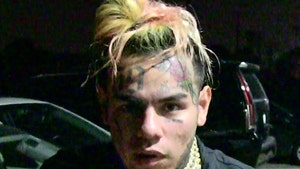 Tekashi 6ix9ine Afraid Coronavirus Will Kill Him, Wants Out of Prison