Ex-NBA player Kermit Washington just got denied HARD -- with a judge rejecting his request for early prison release over fears he could catch the 'rona.

As we previously reported, the 68-year-old former NBA All-Star is serving 6 years in prison for running a bogus charity scheme in which he stole around $1 MILLION that was supposed to help starving and HIV positive children in Africa.

Back in April, Washington filed court docs begging the judge for an early release -- citing health concerns stemming from the COVID-19 pandemic.

Washington argued he's at a "high risk of death or serious illness from COVID-19" -- noting the "extreme rate of infection" and the number of deaths of inmates in the nationwide prison system.

But, now the court has ruled ... and it's bad news for Kermit.

"The risk of the spread of COVID-19 alone is not enough to constitute extraordinary and compelling reasons for release."

Washington still has a few more years left on his prison term -- and he's obviously hoping it doesn't turn into an unintentional death sentence. 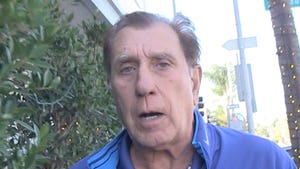 Rudy Tomjanovich Feels Sorry for Kermit Washington, Even Though He Almost Killed Me 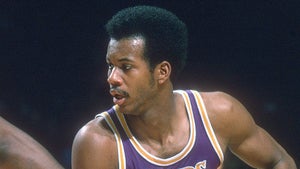