In a new lawsuit obtained by TMZ Sports, Jackson claims back in July 2019 ... he reached a deal with the famous California custom car shop to flip two of his Chevys into sick hot rods.

The problem? Jackson says more than a year later ... the shop still has his cars -- and wants WAY MORE cash than they initially quoted him on for the job.

Jackson says for one of the builds -- a Chevy Gasser -- he agreed to pay $200,000 to have the thing rebuilt and customized.

But, in the docs, Jackson claims when West Coast Customs brought him the bill ... it was more than $37,000 above the agreed-upon price.

In the docs, Jackson says with the other car he brought in -- a Chevy Cruiser -- WCC charged him more than $150,000 above the agreed-upon price as well.

Jackson is now suing the shop for breach of contract ... asking for more than $187,000 in damages.

Jackson is one of the NFL's highest-paid defensive players ... he signed a 3-year, $30 MILLION contract with the Eagles in 2019.

He had previously helped the Denver Broncos win a Super Bowl in the 2015 season. 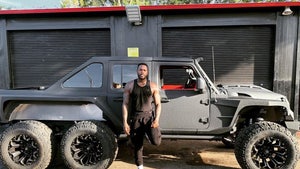 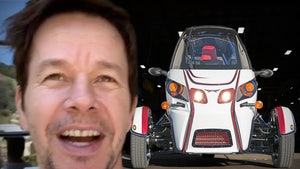