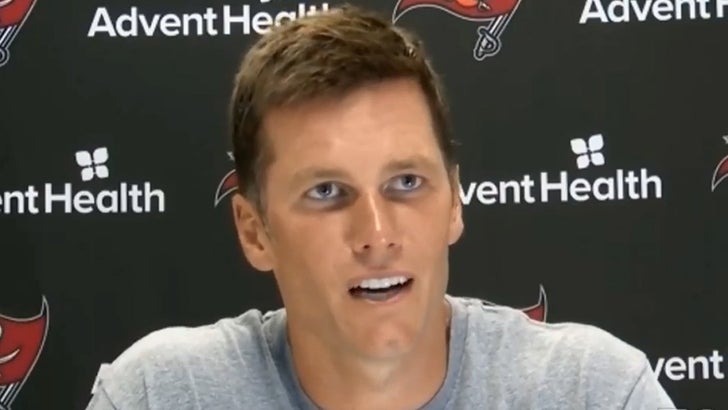 Tom Brady says he'll look to his teammates to help him address social issues ... saying he'll "listen and learn" from their experiences to face them head-on.

TB12 was asked about the protests, boycotts and other actions taking place around the league and throughout the world of professional sports ... and Brady did his best to give the safest answer he possibly could.

Brady didn't offer his opinion on the Jacob Blake shooting -- nor did he reveal his personal feelings about superstars like LeBron James refusing to take the court for NBA playoff games this week.

Players around the league look to Brady as a leader and we know there are people looking to take their cues from him as the most high-profile athlete in football.

But so far, he's not really saying much.

Meanwhile, Drew Brees wore Jacob Blake's name on his helmet during practice this week in a show of support with his New Orleans Saints teammates.

Hell, even Cincinnati Bengals rookie QB Joe Burrow offered a strong opinion this week, saying, "How can you hear the pain Black people are going through and dismiss it as nothing?"

"How can you hear the pain and respond with anything other than 'I stand with you?'”