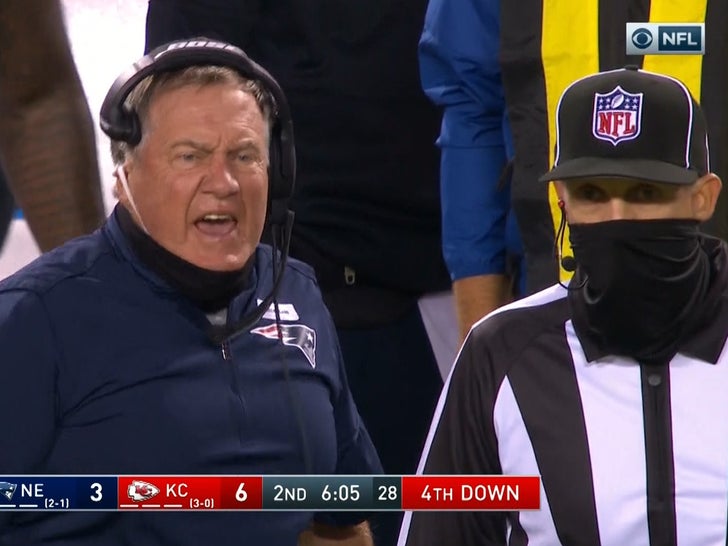 Bill Belichick removed BOTH of his masks from his face Monday to scream at officials after a bad call ... and it seems obvious a huge fine is coming his way.

But, when the Patriots appeared to force a HUGE turnover late in the 2nd quarter -- only to have the play waved off by officials -- Belichick lost his damn mind.

Long story short ... Pats defensive end Chase Winovich appeared to strip Mahomes of the ball during a big 3rd down play -- with another Pats player catching the ball before it hit the ground.

It seemed like a solid turnover that would give the Pats the ball deep in Chiefs territory ... a potential game-changer!

But, the refs ruled that Mahomes was "in the grasp" and blew the whistle dead BEFORE the turnover -- meaning Chiefs kept possession.

Belichick went NUCLEAR -- ripping down his two masks and unloading at the refs ... breaking COVID protocol.

The NFL has been fining coaches for removing masks to yell -- Raiders coach Jon Gruden was hit with a $100,000 fine for similar antics during Week 2.

Belichick is rich and can afford it -- but the NFL is trying to send a message ... STOP TEARING OFF YOUR MASKS!!!!

The Pats -- who were forced to play without Cam Newton after he tested positive for COVID over the weekend -- ultimately lost to the Chiefs in a 26 to 10 beatdown. 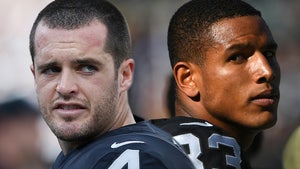 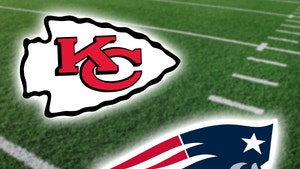