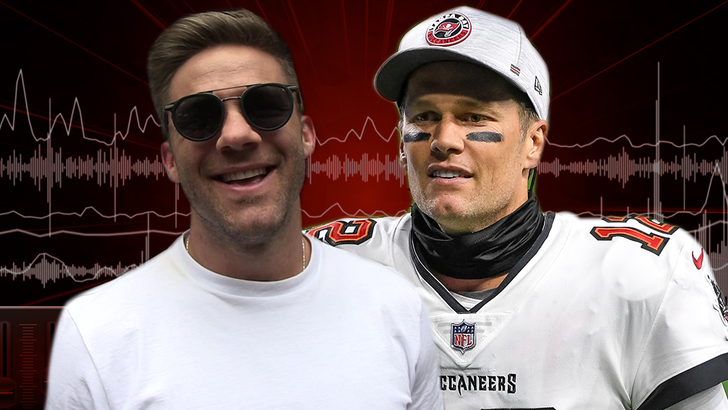 They played 11 seasons together -- so what's it like for Julian Edelman to watch his former Patriots QB Tom Brady ballin' out for the Tampa Bay Bucs??

The MVP of Super Bowl LIII opened up about his current relationship with TB12 on Barstool Sports' "Pardon My Take" podcast ... comparing it to a marriage.

"It’s kind of like a relationship, or a marriage, where you grew apart but you still love each other," Edelman says.

"You still may have a couple kids [read: championships]. We have 3 kids. So there’s still communication of what you guys are going through and how you’re doing but you both got your own lives that you have to keep on going towards and that's kind of how it's like."

Edelman says he still roots for Tom and his other former Patriots teammate Rob Gronkowski -- "I wanna see those guys do well. It's awesome seeing Gronk and Tommy doing well and playing and making big plays ... it's obviously, definitely weird, but it is what it is."

Edelman was also asked when he thinks 43-year-old Tom will hang up his cleats for good -- and spoiler alert, don't hold your breath.

"I don't know what his plan is, but knowing him -- it's all in [when] that little fire turns off in his little chest and I don’t think that things gonna be turning off here soon."

Edelman began his career with Tom Brady when he was selected by the Patriots in the 7th round of the 2009 NFL Draft.

The big question -- will they reunite in Canton one day?? 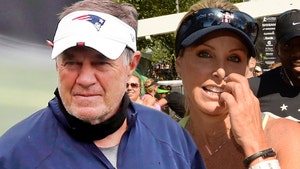