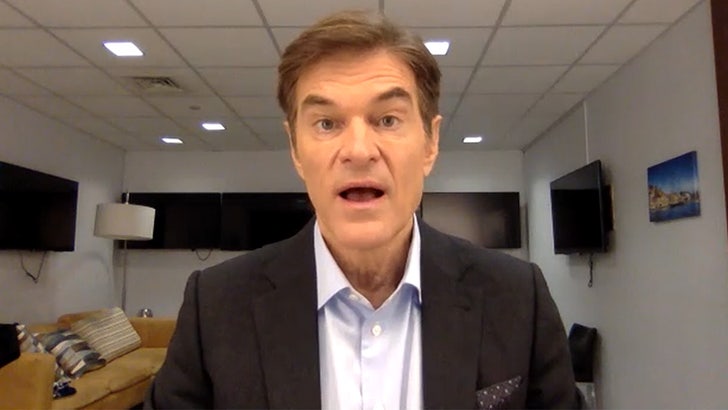 Don't close the book on Tiger Woods' golf career just yet -- Dr. Oz STRONGLY believes Tiger can make a full recovery ... and could be back on the links in a year!

Woods suffered MAJOR damage to his right leg in the Feb. 23 car crash -- including comminuted open fractures (shattered bones that broke through the skin).

Dr. Oz compared the injury to NFL quarterback Alex Smith -- who also suffered a compound fracture of his tibia and fibula during a game in 2018.

Smith missed the 2019 season -- but returned to action in 2020 after multiple surgeries and serious rehab.

It's not an exact apples-to-apples comparison ... but it's close. And, Oz says Smith's case proves a shattered leg isn't career-ender anymore.

So, why is Dr. Oz so optimistic about Tiger's chances to recover, despite the fact he's 45 years old?

"He's had a bunch of surgeries and bounced back when no one thought he could," Oz says.

Plus, Tiger "had the luck of having his accident near a major trauma center with expertise in this area."

In other words, Tiger got top-level medical attention QUICKLY -- which bodes well for his chances of a full recovery.

"He still has the most important component to recovery which is mental resilience. This man can do what no one else can do. So with the strength of his mind and fortitude, I do think he'll be back and I think he'll come back to full speed."

Medically speaking, Oz says it'll be at least 6 months until Tiger's leg bones are "recovered to the original form" -- but he believes it will take around one year to build back the muscles in order to go out and golf again.

"Allow him to recover from the emotional, physical trauma from this procedure. I'll bet on Tiger Woods every time."