Conor McGregor certainly looks like a guy hellbent on resuming his fighting career ... 'cause he's already back in the gym, less than a month after gnarly leg surgery!!

The UFC superstar showed off some pics from his late-week workout on Friday ... and by the looks of the photos, it seems Conor ain't holdin' back much in the weight room.

The 31-year-old got in some quad work, some pull-ups and some shoulder exercises ... a truly remarkable feat, given what he went through just days ago. 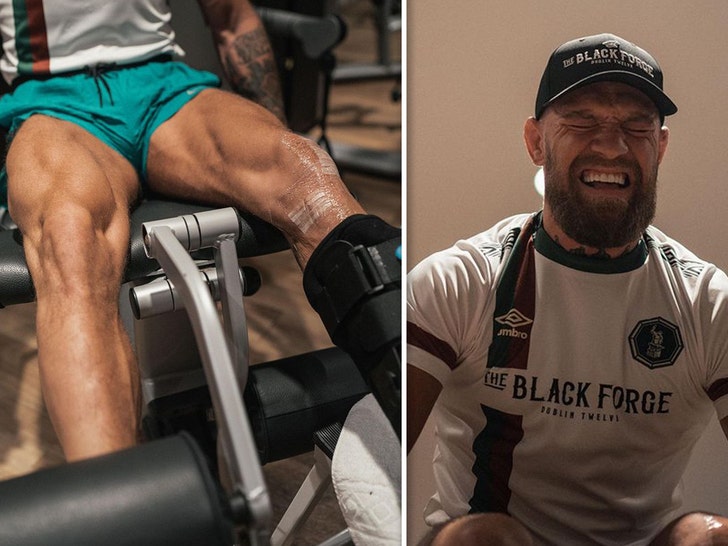 As we previously reported, Conor went under the knife for nearly four hours on July 12 to fix a broken leg he suffered while fighting Dustin Poirier at UFC 264.

The procedure was not a simple one ... docs had to place plates and screws in his lower leg to repair all of the damage.

Many wondered if it could be career-ending... but Conor's dropping major hints that he's eyeing a comeback -- writing on his social media page along with the workout pics, "There are no limits to what we can overcome."

McGregor has stayed in great spirits since the injury ... laying poolside with drinks, rehabbing with MLB star Ronald Acuna, and even hanging with Justin Bieber.

It all appears to be adding up to a return to the Octagon at some point in the future ... question now is, does another match with Poirier await him? 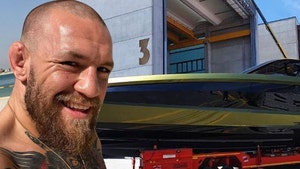