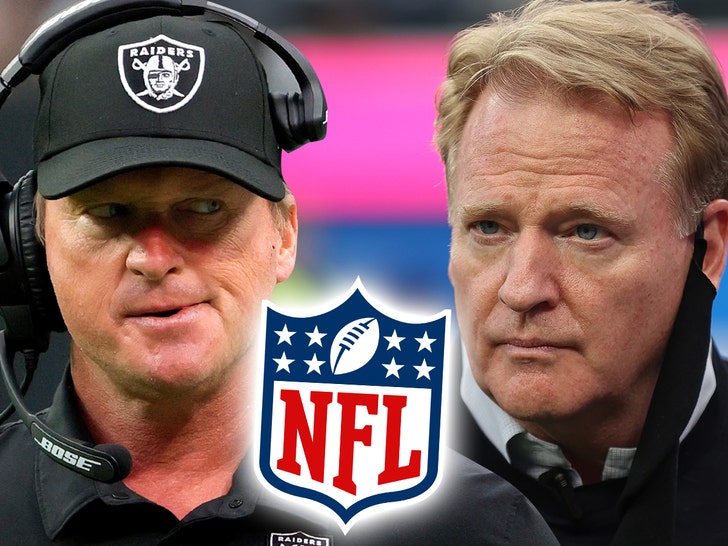 Jon Gruden is accusing the NFL and Roger Goodell of conducting a "malicious and orchestrated campaign ... to destroy [his] career and reputation."

It's all spelled out in a new lawsuit, obtained by TMZ Sports, filed in a Nevada court on Thursday ... in which Gruden says the Goodell and the NFL obtained his private emails with his friend and former coworker Bruce Allen.

The former Raiders head coach accused the NFL and its commish of holding the emails for months ... only to leak them when they could cause maximum damage to Gruden.

Gruden characterizes this as a "soviet-style character assassination." 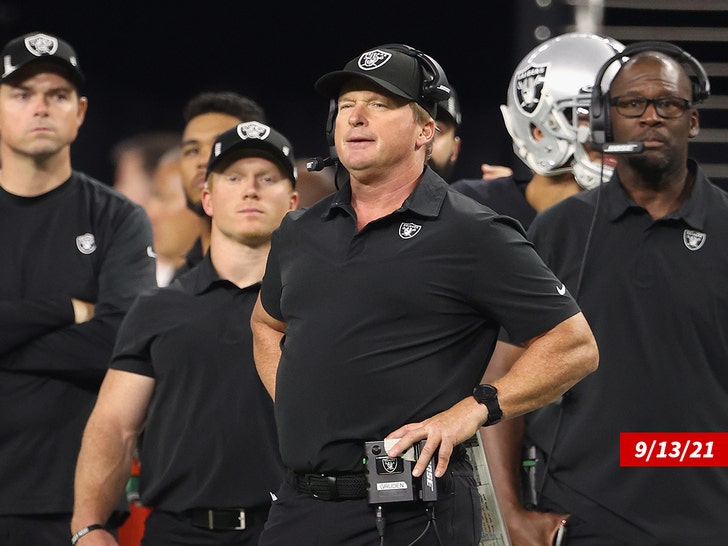 In the docs, Gruden points out that the NFL uncovered hundreds of thousands of emails as part of a larger investigation into sexual harassment allegations against the Washington Football Team ... but the only emails that he claims the NFL leaked are the ones that implicate Gruden.

The 58-year-old, meanwhile, says Goodell and the league have kept all of the other ones under wraps.

Gruden also claims the NFL initially only released a single email -- the one containing the reference to NFLPA executive director DeMaurice Smith's lips -- and immediately began pressuring the Raiders to fire him over it.

But, when the Raiders refused, Gruden claims the NFL then released a batch of other emails, saying the league "weaponized" them, and ultimately caused the Raiders to pressure Gruden into resigning.

Gruden notes in the suit that the NFL has historically tried to appear transparent, by issuing written reports on a host of past investigations, including Deflategate, the Ray Rice incident, and the harassment allegations against the Miami Dolphins. 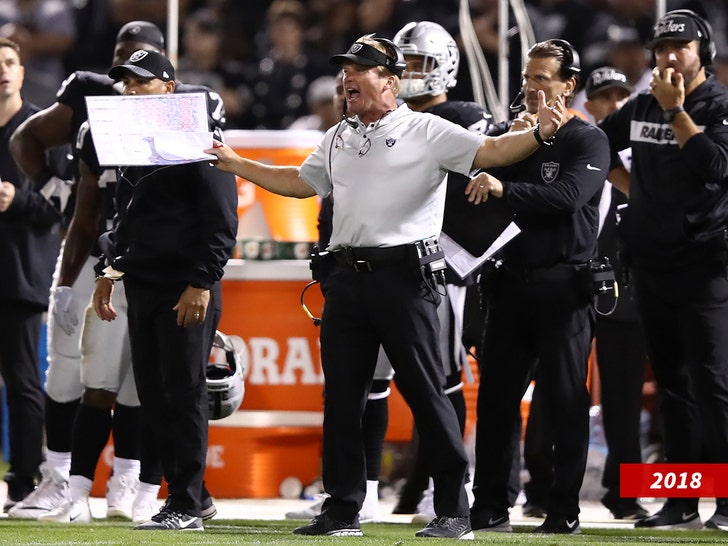 The former coach says the leak is an attempt to distract from the NFL's failure to properly handle the sexual harassment allegations against the WFT.

Gruden is suing for unspecified damages -- including punitives -- claiming the NFL's actions caused him to lose his sponsorships and recognition (including his place in the Tampa Bay Buccaneers' Ring of Honor).

It should be noted -- nowhere in the documents does Gruden deny sending the offensive emails.

For its part, the NFL has denied Gruden's allegations ... saying in a statement they "are entirely meritless and the NFL will vigorously defend against these claims.” 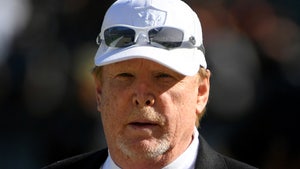