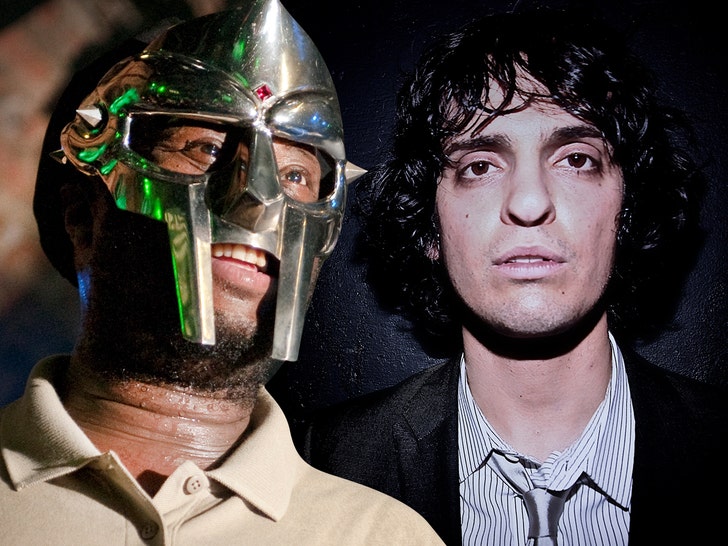 Reclusive rap legend MF DOOM passed away in October 2020 but his handwritten book of lyrics and rhymes remains with record label exec Eothen “Egon” Alapatt ... at least according to DOOM's widow.

TMZ Hip Hop obtained a statement from DOOM’s widow claiming Alapatt still has her late husband's rhyme book. Jasmine Dumile tells us there have been many unsuccessful attempts to get back the documents, even before DOOM passed.

She adds, "We had hoped after DOOM transitioned Egon would do the right thing and return the books to the family but he has continued to ignore these requests. Unfortunately, Egon is not the only former associate abusing the likeness, art and life's work of DOOM."

Egon owns Now-Again Records, and is a business partner of producer Madlib, DOOM’s renowned collaborator from their 2004 effort "Madvillainy."

However, Jasmine would not specify which "former associate" referring to in her statement -- she said she'll say more when it's "appropriate."

MF DOOM officiating a wedding is one of the most random things ever lmao. this shit so wholesome tho especially cause he did it for Egon pic.twitter.com/yy7MjoYur1

Blackstar rapper Talib Kweli prompted stirred this up last week when he slammed Egon for refusing to return the book in good faith … even after DOOM officiated his wedding in 2012.

Egon has done interviews in the past detailing his friendship with DOOM but Kweli calls it all a farce.

We reached out to Egon to get his side of the story ... we’ll keep you updated when/if he gets back to us. 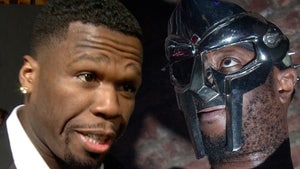 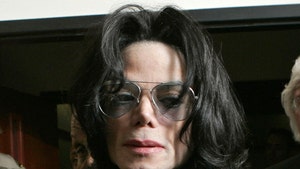