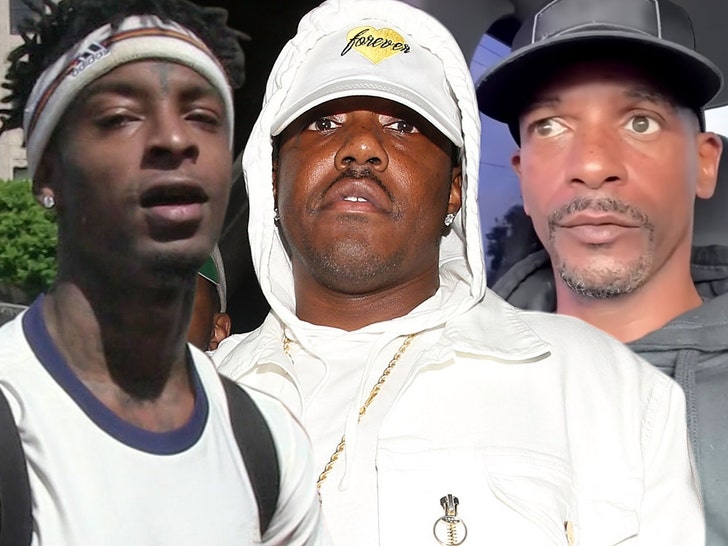 21 Savage doesn't appear on the "Her Loss" album nearly as much as Drake ... but the Slaughter Gang rapper still maximized his greasy talk over the bubbly R&B production.

On the solo track, "3AM on Glenwood" ... 21 borrows the script from Drake's famed "timestamp" series ... where he lyrically floats streams of consciousness in the studio during the middle of the night.

A couple of those streams target YouTuber Charleston White for his infamous altercation with Soulja Boy and Ma$e ... who's been getting dragged all year by Fivio Foreign over an alleged lopsided contract.

21 boldly raps, "See my opps, I jump out and chase them/I ain't Charleston White, n***a, I'll never Mace® them/Love for all my artists, nigga, I'll never Mase them ... Shit, that's probably why they hate him."

The track also features several references to gunplay, such as "spraying witnesses" -- an odd verse for 21 to drop after his viral tweet earlier this year urging ATL residents to put down their guns.

Ironically, he also raps on the track ... "Hope you know you gotta stand on all that s**t you been tweetin'"

Not long after the album was released, a viral tweet calculated 21's involvement on the album ... and it's less than half of Drake's contributions to the project.

Drake delivers 2 out of every 3 words

Does it feel like a collab album to you?

Drake got plenty off his chest this go around, after spending his last album mostly crooning over EDM tracks.

Fans are currently buzzing over his barbs thrown at Meg Thee Stallion, Ye and even Serena Williams' husband Alexis Ohanian ... who got labeled "a groupie" on the song "Middle of the Ocean.” 😳 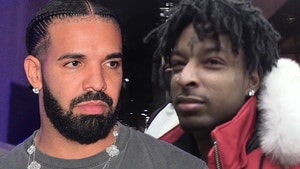 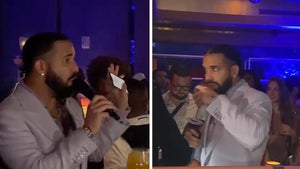