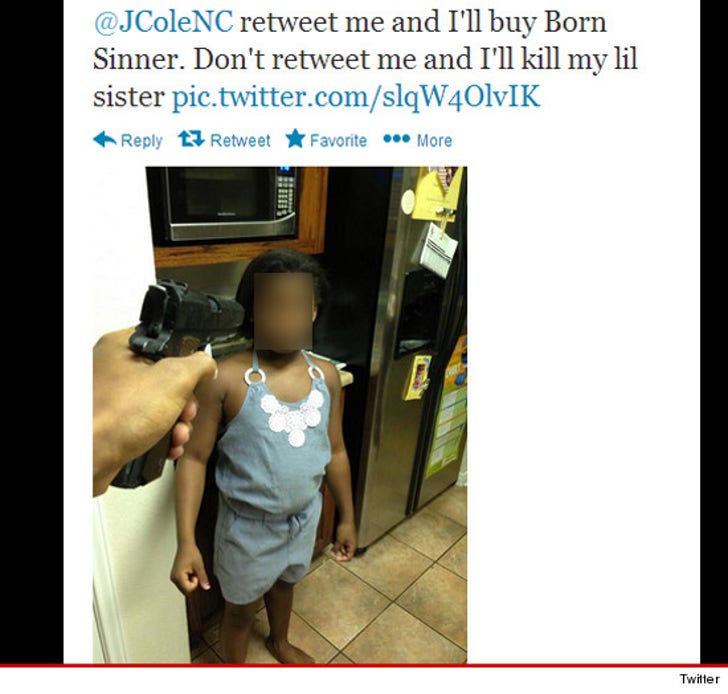 Rapper J. Cole was basically extorted by a sick fan who tweeted a photo of a little girl with a gun to her head ... and claimed he would shoot her if Cole did not respond to his message.

Shortly after the threatening tweet, which refers to Cole's new album ... Cole did indeed retweet the message.

It's unclear if the gun is real or where the twisted bastard behind the tweet actually lives. The account, which we're not revealing, claims to be out of Saudi Arabia -- but the truth is it could be anywhere in the world.

We reached out to police in North Carolina -- where J. Cole lives -- to see if they were investigating ... but they hadn't heard anything about it.

This morning J. Cole commented about the incident, saying ... "Wildest s**t I ever seen on twitter."

The fan is now downplaying his tweet by claiming it's a BB gun in the photo -- apparently, oblivious to the fact even a BB gun could seriously harm a child at that range. 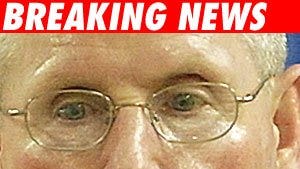 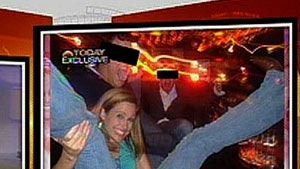 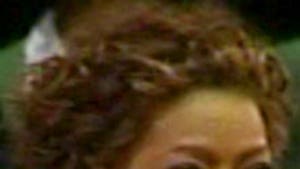