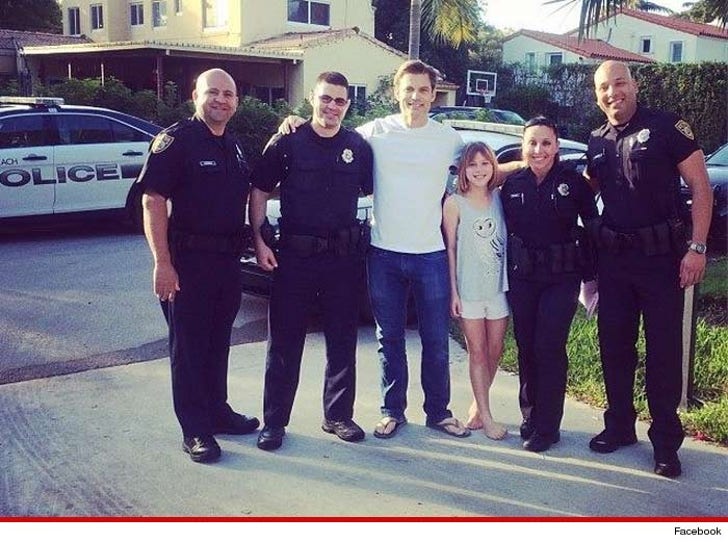 "Starship Troopers" star Casper Van Dien better start locking his doors ... because he triggered a police emergency when some DRUNK dude accidentally stumbled into his house and passed out on his couch, TMZ has learned.

Van Dien called 911 early Saturday morning to report a possible burglary in progress when his daughter noticed some stranger passed out in the living room of their Miami home.

According to the police report, obtained by TMZ, cops went into "emergency mode" -- and raced to the house. Cops say when they arrived, the intruder was "very intoxicated and unsure where he was."

The guy was immediately arrested and transported to a nearby station. Casper and his family took pics with the cops (see above).

But TMZ has learned ... the whole thing seems to be a simple drunken misunderstanding -- because friends of the "intruder" tell us ... the guy was in town for a bachelor party and he was staying in a nearby mansion with 12 buddies.

The buddies had gone to a strip club on Friday night and ditched the guy -- who was hammered -- and he eventually tried to get a cab back to the residence on his own.

But being as wasted as he was, he accidentally went to a house just down the street ... and walked in the front door (which happened to be unlocked) and passed out on the couch, thinking he had made it home.

And now his buddies have an epic bachelor party story. 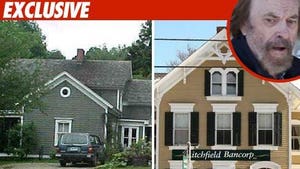