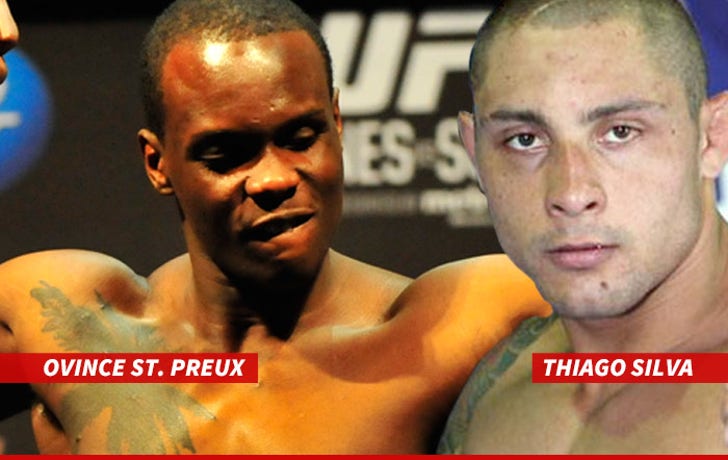 The UFC fighter Thiago Silva would've faced next -- had he not been busted for allegedly pulling a gun on his wife -- tells TMZ Sports ... he's DEVASTATED the fight's scrapped saying "you gotta be f-ing kidding me."

Ovince St. Preux was set to square off against Silva at UFC 171 on March 15 ... but after the Brazilian fighter's insane meltdown, UFC prez Dana White permanently banned him from the Octagon.

St. Preux tells us he's bummed the match is cancelled ... but agrees with the ban, saying "I understand where Dana White is coming from, he has to protect the brand ... Plus, he's my boss."

As for why he thinks Thiago snapped ... St. Preux says "we don't know what he was going through" ... adding, "If he's having personal problems, anyone in his position might've done the same thing."

"Thiago took on the bad boy role ... and he played it well," St. Preux said, "I thought it was an act, but maybe he was being himself."